Murray Bartlett is an Australian actor famous as Dominic Basaluzzo in Looking and Michael Tolliver in Tales of the City. Likewise, he is also known for his roles in The White Lotus, The Last of Us, Noor, and Farscape.

Bartlett was born in Sydney and raised in Perth. He holds an Australian nationality and belongs to the caucasian white ethnicity.

Regarding his education, Murray attended the National Institute of Dramatic Art (NIDA).

What Is Murray Bartlett Net Worth? His Movies & TV Shows

Murray Bartlett is reported to have an estimated fortune of $2 million as of August 2021. He has never disclosed his salary; however, actors in Australia generally earn around $52,650 per year based on their roles and experience.

The 50-year-old has been contributing to the film industry since 1987. As per IMDb, he has so far 52 movies and television series under his name. Starting his acting journey with the television series The Flying Doctors, he has appeared in numerous films and TV shows. 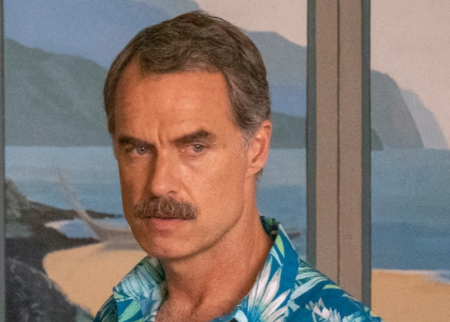 Between 1999 to 2003, Murray got the spotlight as Douglas Knox on the science fiction television series Farscape starring Ben Browder, Claudia Black, Wayne Pygram, and Melissa Jaffer. He is also a part of movies like Dad and Dave: On Our, The Three Stooges, Needle (budget A$3 million), August, Girl Most Likely (box office $2.6 million), Kingston Avenue, and Stubborn.

Furthermore, his other acting credits include series such as Home and Away, Neighbours, McLeod's Daughters, The Secret Life of Us, All My Children, Guiding Light, Looking, Iron Fist, Tales of City, Madam Secretary, and The White Lotus. He is yet to appear on the post-production television show The Last of Us (2022).

Farscape actor Murray is openly gay. He is very private when it comes to his personal life. No details regarding his relationship, partner, or family are available at the moment.

Bartlett is available on Facebook and Instagram. He even has kept his social media profiles private. Thus, it is really hard to know if he is single, dating, or married.