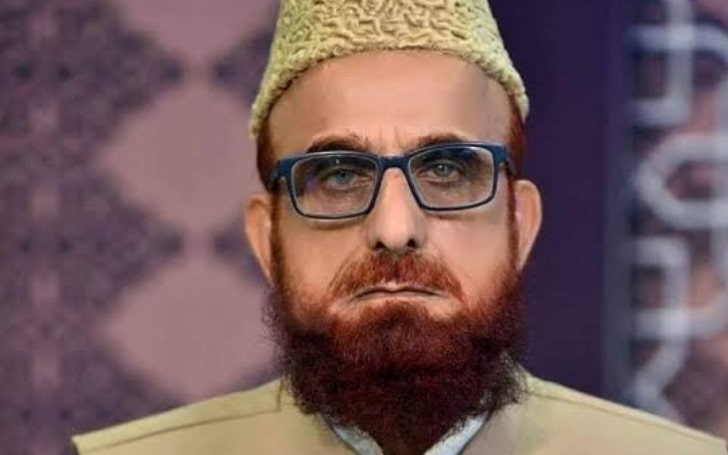 Muneeb Rehman is a Pakistan-based Mufti and ex-chairperson of Pakistan's Ruet-e-Hilal Committee. Besides, he is also a professor at Jinnah University for Women and a member of the National Academic Council of I.P.S. (Institute of Policy Studies). Currently, he is also the president of Tanzeemulmadaris.

Born on February 8, 1945, Muá¸¥ammad (Mufti) Muneeb-ur-Rehman is 77 years old as of 2022. His name Muneeb's meaning is Truth, Right, Justice, Repentant to God. And in Urdu, it is written as Ù…Ù†ÛŒØ¨. He grew up in Mansehra, North-West Frontier Province, India.

Regarding educational qualification, Rehman holds a Bachelor in Law and Education degree. Not only that, but he received education in Arabic Languages. Similarly, Rehman earned his Master's in Islamic Studies from Darul Uloom Amjadia.

Insights On His Career

After completing his education, Rehman began his professional career. He contributes his services to the Board of Studies of Federal Urdu University of Arts, Science & Technology and Board of Intermediate Education Karachi. Likewise, he was a part of the Pakistani delegation that visited the U.K. from February to March 2006. 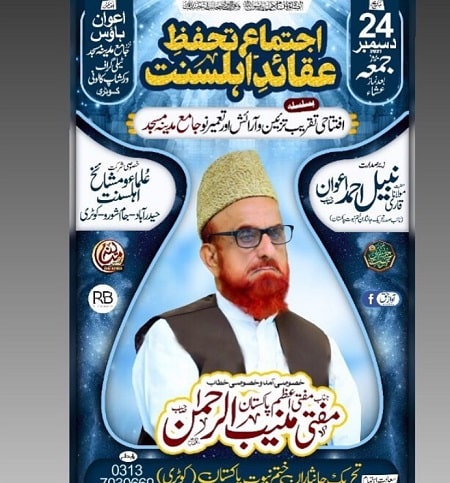 Similarly, Rehman has attended numerous international conferences, including in South Africa, Saudi Arabia, Hong Kong, Norway, and the U.K. Reportedly, the Government of Pakistan appointed Rehman as chairman of the Ruet-e-Hilal Committee in 2000. He served in the respective position for nearly 22 years and was dismissed from office on December 30, 2020.

Apart from that, Rehman has also worked in various banks. From 2007 to 2015, he was an a s sociate of the Shari'ah Board, S.E.C.P. And he was also a Shariah Advisor at Dawood Islamic Bank Ltd from 2007 to 2015. Since 2015, the professor has been working as a Chairman Shariah Board at M.C.B. Islamic Bank Ltd.

Family Life: Details On His Wife and Late-Son

Till now, the details of Pakistani Mufti's wife have not been offered to the media. But we can say he is married as he had a son named Zia ur, Rehman. Sadly, Zia pa s sed away in 2014. The cause of his death was cancer. Rehman was just 36 years old at the time of his death and was fighting cancer. 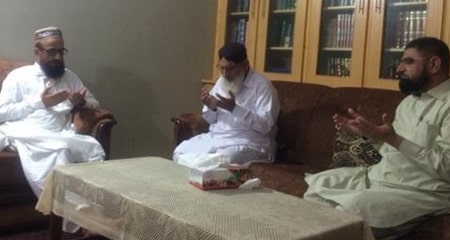 Furthermore, Zia was laid to rest in the Sakhi Ha s san graveyard of Karachi, and the funeral was attended by numerous people, including Haji Abdul Rauf of A.R.Y. Network and Syed Munawwar Ha s san, Chief of Pakistan Sunni Tehreek (PST). In addition, his soyem was held at Masjid e Aqsa, Block-15, Federal B. Area of the city.

Net Worth and Online Presence

The 77 years old Pakistani-based Mufti has earned a considerable sum of money from his multiple works. He has worked in various organizations that must have paid him well. Some online source estimates his net worth to be around $1 million to $5 million.

Coming into his social media activeness, Rehman has been using Twitter since November 2018, and his username is @MuniburRehman55, where he has acc u mulated more than 90.8k followers.