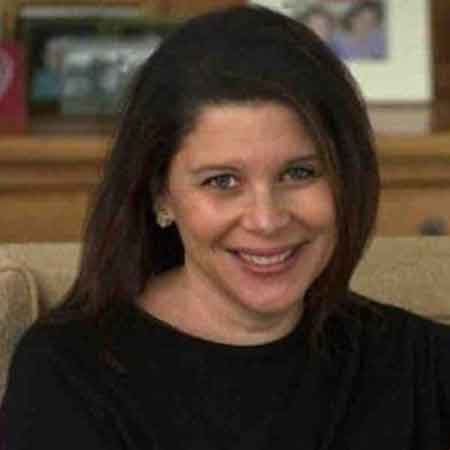 Mor Shapiro, an Israeli medical practitioner, aside from her career is famous as the wife of  American conservative political commentator Ben Shapiro. The David Geffen School of Medicine graduate currently works as a family medicine doctor at Kaiser Permanente Woodland Hills Medical Center in California. With Ben, she is the mother of 2 children &  is leading a joyous family life ever since their marriage in 2008.

Mor Shapiro was born in 1988 in Herzliya, Israel. Her birth name is Mor Toledano and later changed her name to Mor Shapiro after marrying The Ben Shapiro Show host. By the age of 12, her family moved to Sacramento, California, and grew up there. Shapiro holds an Israeli nationality and is of Moroccan (Jews) descent.

After graduating from the University of California, Los Angeles with a degree in psychobiology, Shapiro enrolled at David Geffen School of Medicine and obtained an MD degree.

Career As A Medical Practitioner

While at UCLA, Mor Shapiro (nee Toledano) researched developmental neuroscience for 2 years, which included the use of fMRI to detect the unpleasant early life effects on child brain development. Later, she began working at the Department of Family Medicine, University of California, and the Kaiser Foundation Hospital in Fontana California.

As of 2021, Shapiro is working as a family physician at Kaiser Permanente Woodland Hills Medical Center. Moreover, she is the founder of the DGSOM UCLA Ethics Symposium, an annual event.

Moreover, Mor's husband Benjamin aka Ben is also a co-founder of a watchdog media group TruthRevolt and authored the former US President Obama-based book The People VS. Barack Obama: The Criminal Case Against the Obama Administration.

Ben is quite proud of his wife's journey and also remembers how she helped him achieve his dream and vice versa.

How Much Net Worth Mor Shapiro Owns?

With her decent career as a family doctor, Mor Shapiro indeed earns a ma s sive sum of money. Even though Mor's net worth is yet to be out, sources cite that her net worth is around $7 million as of January 2020. The Israeli-born & US-based medical practitioner earns $294,000 per year. On average, a physician is paid approx $189,000 in the US.

According to Celebrity Net Worth, Mor's husband Ben Shapiro has a net worth of $20 million currently. Back in late 2018, he was worth $8 million, with an annual income of $1 million. Sources report that Ben Shapiro earns $500,000 per month in revenue through his network of websites and social accounts. An American conservative political commentator's average salary is over $114,290 a year.

Currently, Mor Shapiro and her husband Ben Shapiro live in Los Angeles, California in their house, estimated to be worth $970,000. The couple owns 4 luxury cars valued at $580,000 in total.

Mother Of 2 Children: Married With Ben Since 2008

Mor Shapiro is married to her husband Ben Shapiro for over 11 years; they exchanged vows on July 8, 2008, in Acre in Israel. The lovebirds first met via Ben's sister Abigail and dated for several years before they got engaged in 2007 & exchanged vows a year later. At the time of marriage, Mor was 20 years old while Ben aged 24. He shared the happy news via a blog post.

"I got married last week... I am 24 years old. My wife is 20. Together we plan, with the help of God, on having healthy, happy, freedom-loving children who will grow up with the security provided by the armed guard."

Together, the couple is now parents to 2 children: daughter Leeya Eliana Shapiro (born in 2014) and a son (named undisclosed) born in 2016.

Their daughter Leeya was born with a congenital heart defect known as Astral Septal Defect (ASD); diagnosed in 2015, she underwent successful surgery in 2016 and is completely fine now.

The two are together for over a decade and still share a wonderful marital life with no rumors of divorce.

As of March 2021, Shapiro resides in Valley Village, Los Angeles, California with her husband and kids.

Is Not Active On Social Media

While her husband Ben Shapiro is an avid social media platform; his Instagram followers are over 1.7 million while Twitter followers count over 2.5 million as of January 2020.