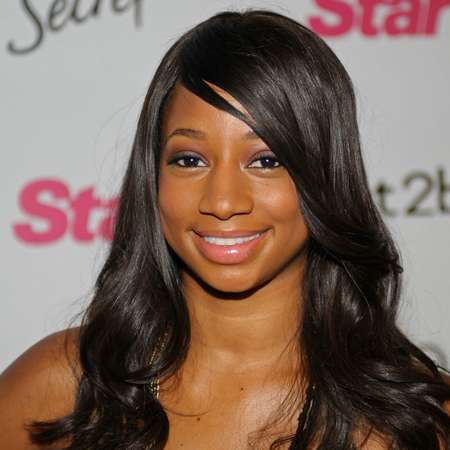 Monique Coleman is an American actress, best-known for her role in Disney's 'High School Musical' movies as Taylor McKessie. Her birth name is Adrienne Monique Coleman. She was born on November 13, 1980, in Orangeburg, South Carolina, US. Coleman's mother is Roz Coleman. She has two sisters, one older and another younger, her sisters are Kaylie and Amelia.

Coleman also played a role in 'The Suit Life of Jack & Cody. She is also a dancer, entrepreneur, singer, and philanthropist. Coleman even competed in 'Dancing with the Stars' the third edition and finished in fourth place.

She attended Heathwood Hall Episcopal School. Then, she went to Chicago to attend a theater school at DePaul University. She received her BFA in acting in 2002. In 2012, she even visited the American Farm School in Greece.

She began her acting career at a very young age and started performing in theater and televisions in Columbia, South Carolina. She made her first lead in 'Mother of River' while she was in Chicago. The movie won several awards in Chicago film festival.

A couple of years later, she appeared in 'The Ditch digger's Daughter' as Young Donna, for which she was nominated for Young Artists Award of Hollywood. During her high school Coleman even wrote, directed, produced and starred in a play entitled 'Voice From Within' in front of hundreds of standing audience.

She acted in movies such as High School Musical(2006) and High School Musical 3: Senior year.
Coleman has had seven  guest appearances on a tv show like Boston Public, Gilmore Girls, Malcolm in the Middle, Strong Medicine, 10-8: Officers on Duty, Married to the Kellys, and Veronica Mars. She was also in the Disney Channel Games in 2006, on the Blue Team.

She had been dating Walter Jordan for a long period of time. They finally got married on Valentine's Day February 14, 2012, in a solitary place in Koh Samui, Thailand. They currently reside in Los Angeles. Many people love sharing rumors about celebrities, this time, it's about Coleman. It has been rumored that they are expecting a child soon, a source close to a couple reported.

She was spotted a couple of times tossing a gla s s full of water with wine. That act made a story that she was pregnant as pregnant people are prohibited from drinking alcohol. Anyway, if you are interested in knowing the latest news and gossip, one can find in several websites like Hollywood gossip and so on.

Monique Coleman launched an online platform GimmeMo to inspire and motivate today's youth. GimmeMo's mission is to build an atmosphere where youngsters feel safe and open to express about real problems, creating awareness to organizations that are serving teens, and it conducts celebrity interviews to spotlight Hollywood's commitment to giving back. GimmeMo’ learned that young people are constantly on the web, so they want to meet them where they are and provide them with inspiration, resources, and positive information.

“Having traveled across America and to 24 countries as the first-ever UN Youth Champion, I’m inspired by the desire of young people everywhere to make the world a better place. At GimmeMo’, our goal is to build a global community of enlightened young people those who wish to be the change they wish to see in the world, to borrow a phrase from Gandhi and to raise awareness surrounding some of the biggest challenges that Millennials face both in the U.S. and around the world,” said Monique Coleman.

One can follow Monique Coleman on several social media such as Facebook, Twitter and so on. You can also read her biography on Wikipedia if you want some detailed information.