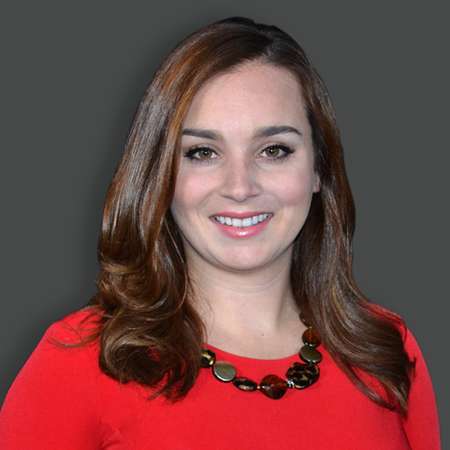 Monica Cryan  is a broadcast meteorologist, working currently at WeatherNation in West Hartford, Connecticut. She was born and raised near Philadelphia, Pennsylvania. She has lived in Pennsylvania, Texas, Alabama, and is currently a resident of Colorado.

Throughout her career, she has covered droughts in Texas, severe storms in Alabama, and blizzards in Connecticut. She is a highly skilled weather forecaster. Her nationality is America and ethnicity is white American.

Monica Cryan joined Pennsylvania State University, one of the top meteorology schools in the country, in 2006 and graduated with a Bachelors in Meteorology, Forecasting, and Communication in 2010. During that time, she actively took part in numerous college activities and joined societies like Campus Weather Service, Penn State Network, and weather world.

Apart from being involved in the meteorology department, she was also heavily involved in other extra activities. She joined Kappa Gamma, a fraternity for women. Through Kappa, Monica became involved in Penn State's Dance Marathon, the largest student-run philanthropy. After graduation, she followed her childhood dream of being a broadcast meteorologist.

She also joined the American Military University in 2015 and her Master’s degree in Public Administration would be completed in 2017. There, she is studying with a special focus in Emergency Management. Monica is also a member of American Meteorological Society (AMS) and is a Certified Broadcast Meteorologist (CBM).

When she was younger, Monica Cyran loved watching the news. She had a passion for science and math from an early age. She always wanted to pursue her career in broadcasting and become a successful weather forecaster. While taking AP Environmental Science in high school, she became intrigued by air quality and how it is affected by weather. She began to forecast the weather for her high school's communication club. It was then that she decided to apply to the Penn State meteorology program.

Monica loves snow and claims that her blizzard coverage in Connecticut was extremely memorable to her. She also said that the drought she covered in Texas impacted her the most. It was her first full-time meteorologist position and the drought was the worst in the recorded history of Texas. One of the things that struck her mind was the power of wind after covering a wildfire that devastated a huge portion of land.

She loves going to the beaches in summer and hitting the slopes on her ski in winter. Being born and raised in Philadelphia, Pennsylvania, she loves to frequently return to the state to spend time with her family, but her job has tied her to Connecticut. Not much is known about her net worth and family but it is known that she is married.