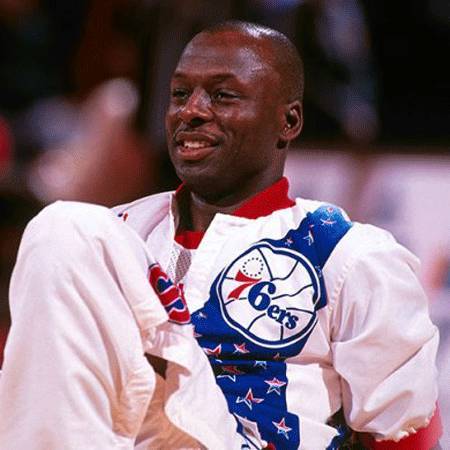 Mitchell Lee Wiggins was born on 26th September 1959 in Kinston, North Carolina where he spent most of his childhood playing basketball.

Wiggins attended North Lenoir high school located in LaGrange where he enthusiastically began playing basketball. He then went on to attend Truett-McConnell CC from 1978-1979. Then he joined Clemson University in 1979 and left in 1980 for Florida State. While in Florida State university, Wiggins averaged a total of 23 points and nine rebounds per game with in two seasons.Wiggins was selected in the 1st round as the 23rd overall pick by the Indiana Pacers in the 1983 NBA draft. However, Wiggins did not play for the Pacers but began his pro career as a shooting guard for Chicago Bulls.

During his rookie year, Wiggins played all 82 regular season games and went on to average a total of 12 points, 4 rebounds and 2 assists per game. In 1984, he started playing with Houston Rockets, which continued till 1987. After that, he left for USBL’s Tampa Bay Stars. Then, in 1987 he played for CBA’s Mississippi Jets till 1988. He briefly entered CBA’s Quad City Thunder in the same season and then later played for Jacksonville Hooters of the USBL.In 1989 he yet again went to play for Houston Rockets.Wiggins was then seen in 66 games and he went on to average 15.5 points per game. In 1991 he went on to play for Philadelphia 76ers and 1992 marked the end of his NBA career with 3877 points in total.

Wiggins married Marita Payne, who competed for Canada in track and field at the 1984 Summer Olympics earning 2 silver medals. They  live in Vaughan, Ontario with their six children. His youngest son Andrew was selected in the 2014 NBA draft by Cleveland Cavaliers. His middle son, Nick played for Wichita State University, Wiggins' oldest son,Mitchell played for Southeastern University and was one of the best players there. He has three daughters named Stephanie, Tava and Angelica.

Wiggins is currently 55 years old, weighs 84 kgs and is 6 feet 4 inches tall. Wiggins has earned a lot of salary from various clubs throughout his baskeball career.In the 1989-1990 season, Wiggins and team mate Lloyd tested positive for cocaine intake which is why both of them went under a two and a half year suspension from the league.Till date he has been noted for winning a silver medal at 1982 Colombia Olympics and for being First team in the All-Metro Conference twice in 1982 and 1983.