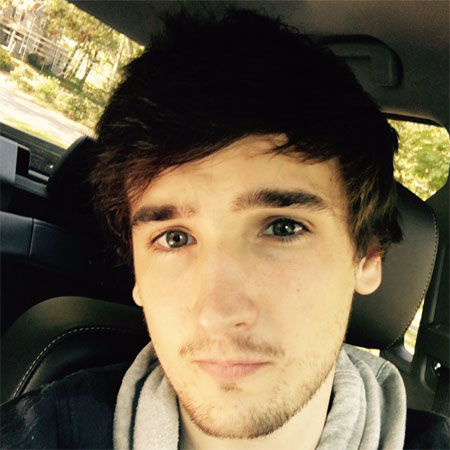 Mitch Jones is an American Twitch streamer well known for his Watchmeblink1 channel where he earned a huge number of fans, streaming World of Warcraft gameplay. He also has a YouTube channel with self-named for videos of his streams.

Mitch Jones was born on 23 July 1992, in the United States of Amerca. He is White in ethnicity and holds American nationality. According to some sources, Jones' father is very wealthy. He also shares his father's photo on Twitter account sometimes.

He also mentions about his mother to his fans that his mother is ill. She is going under treatment for cancer. On 12th October 2014, Jones streamed fundraiser for his mother's treatment.

He has a brother who is severely autistic. Jones once gave him twenty dollars to get some food for himself, but his brother went near a pool. People there got worried about him since they felt that his mental condition was not well.

He streams on this channel and mostly deals with World of Warcraft gameplay. He also runs his own YouTube channel on which he uploads videos of his streams. Jones also shares independent videos on his YouTube channel. His most-watched video includes, Welcome back Barry!' and 'This Druid has been deleted'.

Mitch Jones is possibly single. Previously, he was in a relationship with Celeste in 2015 but the relationship lasted a year. She accused Jones of his lies on Twitch streaming, and only focused on money.

Mitch Jones also dated Mira, YouTube star. They began dating since 2016. They have been together and often appears on each other's vlog.

On 10 November 2017, Jones revealed that he had broken up with Mira and is about to date his new girlfriend Emelia. Since then they are together and often seen on YouTube vlogs.

Mitch Jones earns a considerable amount of money from his streamings and YouTube vlogs. As of, 2017, Jones' total net worth is estimated to be $200,000.