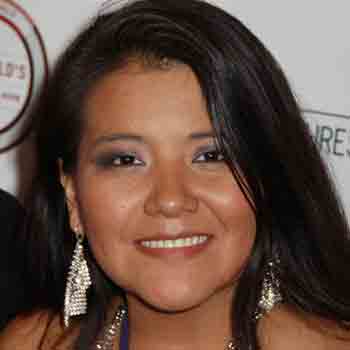 Misty Anne Upham or just Misty Upham, might not be a very recognized name in the globe but she is best known in the world for her role in 2008 film Frozen river for which she got into the nomination of Independent Spirit Awards for Best Support Female.

Misty was born in the year 1982 in Kalispell, Montana and was raised in Auburn, Washington. She has the American nationality and belongs to white ethnicity. Misty has been a member of the Blackfoot Tribe. The name of her father is Charles Upham, who is a music teacher. She is the fourth of the five children of her parents.

Misty is a very kind-hearted and decent person. She began her career at the age of 13 after joining a community theater group called Red Eagle Soaring. She had been working in the summer workshop and later she began her full time working in there. When she was 14, she already became capable enough to write and direct short skits and perform on tours.

While she was in the high school, she performed at the several Seattle theatre companies. Her first break in the movies came in the year 2001. Misty is a courageous one. In 2002, She insisted to do her own stunts for the fight scenes in the movie Skins.

After her first break, she never had to look back. She thoroughly began to get busy in several of the movies. She has appeared in the movies DreamKeeper, Edge of America in 2003, Expiration Date in 2006, Frozen River in 2008, The Dry Land, Big Love in 2010, Mascots in 2011, Django Unchained, Every Other Second, Jimmy P: Psychotherapy of a Plains Indian in 2012, August :Osage County, Without Fire in 2013, Cake in 2014 and Crawlspace in 2015.

Also for the movie August: Osage County she won the Hollywood Film Festival-Ensemble of the year Capri Ensemble Cast Award and been nominated for Screen Actors Guild Award for Outstanding Performance by a cast in a motion picture and Phoenix Film Critics Society Award for Best Cast.

Misty has a very good height standing five feet and 6 inches tall. She can play classical guitar and also learned classical voice. She has studied Latin and medieval and early Renaissance art and history. She has a high weight as she gained 40 pounds for her role in Frozen River.

She has a trademark of long and thick hair until her waist. She is a good writer besides being talented in the acting. James McAvoy, Jeremy Renner, Steve Zahn, Christian Bale and Daniel Day-Lewis are her favorite actors while Cate Blanchette, Helen Mirren, Tilda Swinton, Asia Argento and Emily Watson are her favorite actress.

Misty is living a luxurious life from her successful career. From her appearance in the movies and television series, she is earning a decent amount of money. As of 2018, she has an estimated net worth of $50 thousand, as per celebrity net worth.

Misty was living her life happily as she been successful in her profession as well as her private life. There is no information available on her personal life relating to her affair or boyfriend. Misty is never been married. On the course, while she was dreaming her life, still a long to go on her career and life, Misty is not alive anymore.

On October 5, 2014, she had left her sister’s apartment on foot. On the following weekend, her family announced her missing and reported to the police. On October 16, 2014, police found a body at the bottom of the cliff of the wooded which later confirmed to be Misty Upham.

The reason for her death is still unknown and the investigation is going on. The death of Misty is a huge loss in the field she is active in. It was a shocking and heart ripping news to many of her fans who loved her and admired her work.