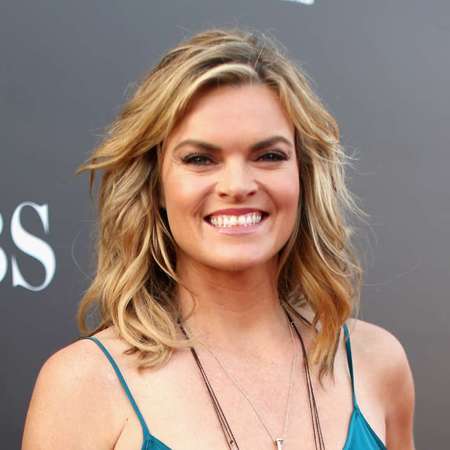 An American actress and singer Andrea Pyle, best known as Missi Pyle is known for her Academy Award winning movies The Artist, Galaxy Quest, Dodgeball: A TrueUnderdog Story, Big Fish, 50 First Dates, etc. Besides appearing on the film screen, she has also appeared in several television roles such as Mad About You, Friends, Heroes, etc. And she sings in a desert country-rock band Smith & Pyle alongside actress Shawnee Smith. Born to parents Frank Pyle and Linda Pyle, Missi is the youngest daughter of her parents and has two older sisters Debbie and Julie and two older brother Sam and Paul along with one half brother Gordon and one half sister Meredith. She was born in Houston, Texas and was raised in Memphis Tennessee. She belongs to white ethnicity and holds American Nationality.

Missi had attended North Carolina School of the Arts in Winston-Salem, North Carolina which she graduated in 1995. Since then, she started to have a significant career in the movies and TV shows. She started her acting career with a minor role in a comedy movie As Good as It Gets in 1997. Following her entry in the movie industry with that, she started to have the notable roles in different movies like Galaxy Quest, parody in 1999, Home Alone 4 in 2002, Big Fish, 2003, Charlie and the Chocolate Factory in 2005, Just My Luck in 2006 and Soccer Mom in 2008. She has also appeared in TV shows like Mad About You, Helen Hunt, Frasier, Friends, Two and a Half Men, Boston Legsl, Grey’s Anatomy, etc. She started her career as a singer after she met Shawnee Smith in 2007 while filming ABC comedy pilot. They released their debut album in 2008 called “It’s Ok to Be Happy”. However, the band got disbanded in 2011 before completing their second album.

Moving on to the personal life of gorgeous actress, she has been married twice. But both of her marriage ended up in divorce. Her first husband was Antonio Sacre. The two got married in May 2000 and got divorced in 2005. Secondly, she got married to a naturalist Casey Anderson. The couple got married on September 12, 2008 in country-western themed wedding in Montana. Casey’s pet grizzly bear, Brutus, which he had raised since Brutus was a baby, was his best man in the ceremony. They got divorced in 2012. Missi does not have any child from both of her marriages. Her current relationship status is not known as she has not made it public. However, it has been rumored that she is dating someone secretly and her boyfriend is a billionaire.

Other than her relationship rumors, there is no any rumors or controversies on her.

She is a receiver of MTV Movie Awards “Best Fight” nomination alongside Queen Latifa in 2004. She was also ranked as the 98th Maxime’s 100 Sexiest Women. And she has also been honored by the Popular Pike Playhouse at her alma mater Germantown High School in Germantown, Tennessee.

Missi Pyle is a gorgeous actress and she flaunts outstanding in her curves amidst the women of her age group. She has an amazing height of 1.8 m and accompanying body weight. She is very conscious on her weight to look fit and balance. She has a very high net worth and earns a very handsome salary.