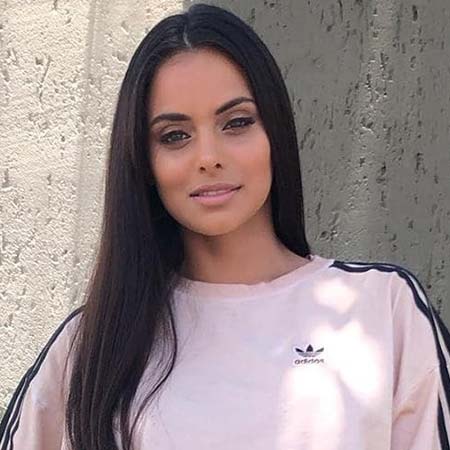 Film and television star, Mishnah Parthiephal is best known for her role, Jodi Kandasamy in the comedy show Keeping Up With The Kandasamys.

She gained international fame following her appearance on the popular soap, Skeem Saam, as Vania. Besides, her notable work in the movies and TV series includes Himmat, Skeem Saam, Snake Park, The Indian Detective, The Looming Tower, Kandasamys: The Wedding, and White Gold.

Mishqah Parthiephal was born on September 21, 1989, in Durban, South Africa, under the birth sign of Virgo. She holds a South African nationality and belongs to a Mixed (Indian and African descent) ethnicity. There is no information about her parents, however, we know that she has two siblings; brother Ridhaa Parthiephan and sister Tai Parthiephan.

Regarding her education, she studied Bachelor of Arts (B.A.), Communication and Media Studies from the University of KwaZulu-Natal.

In 2014, Mishqah started her career on the small screen in the role of Vania in the popular soap, Skeem Saam and as Kris Laurenson in the SABC youth drama series, Snake Park.

In addition, she appeared in numerous movies including, White Gold, which told the story of how Indians came to South Africa.

In 2016, she starred in the short film, Paraya, which premiered at last year’s Cannes Film Festival, and she most recently played a leading role in the international hit comedy, Keeping Up With The  Kandasamys: The Wedding.

The White Gold star has an estimated net worth of around $800k as of 2022. Primarily, she collects her fortune from her acting and modeling career.

Her net worth can be compared to actresses Amanda Mealing and Teri Polo.

Mishqah is in a romantic relationship with Tarlan Baker. The couple started dating in 2018. In fact, they recently celebrated their first anniversary on January 15, 2019.

At the moment, the couple is living happily together and if we believe the sources, we might hear the wedding bells soon.

Mishqah and her boyfriend Tarlan often go out to beautiful destinations. On 14th Feb 2019, they were seen spending their quality time in Los Angeles.

It seems that the two are much into each other and their relationship is going brilliantly with no chance of breaking up.