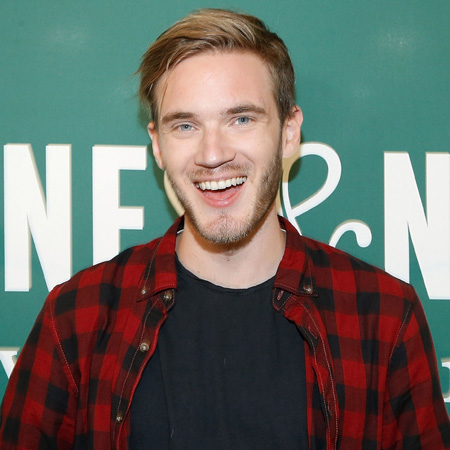 Milo Yiannopoulos is a British political commentator, journalist, as well as author who founded the UK tech blog, ‘The Kernel’ and served as a senior editor of the far-right American online news media ‘Breitbart.'

Unlike many celebrities and media personalities, Yiannopoulos never hide his sexuality being gay. The famous personality is married to his long-time African American boyfriend, John.

Milo Yiannopoulos was born as Milo Hanrahan on 18th October 1984 in Kent, England under the birth sign Libra. He belongs to Mixed ethnicity with a mix of Irish and a British descent from his mother’s side and a Greek descent from his father, Nicolas Hanrahan and holds a British nationality.

His parents divorced when he was six years old. As per him, his father wanted to divorce his mother when his mother was pregnant. Moreover, he described his biological father as ''terrifying.''

After the separation of his parents, his father went to love with his new Jamaican wife whereas her mother also remarried. Yiannopoulos stated that he did not have a good relationship with his step-father. He also spoke about how his step-father used to beat him.

When he was a teenager, Yiannopoulos used to love with his parental grandmother. Regarding his academics, he went to Simon Langton Grammer School for Boys in Kent, but he was expelled from the school. He attended the University of Manchester but dropped out from the university before completing his graduation.

Yiannopoulos then joined ‘Wolfson College,' Cambridge, where he chose English as his major. However, here also he faced expulsion in 2010 before earning a degree.

In 2011 November, Yiannopoulos and his friends launched the online magazine, The Kernel which was supposed to fix European technology journalism.

In the year, 2012 the magazine was sued by two of its contributors for failing to pay thousands of pounds owed to them. He was then appointed the editor in chief by BERLIN42 in March 2013.

The following year, Yiannopoulos appeared on BBC Two's Newsnight along with the rapper Tinchy Stryder discussing musical piracy and copyright infringement. In 2015, he joined Breitbart Tech and started working as an editor for the Breitbart News Network until 2017.

Besides, Yiannopoulos has written several poetry books under the pseudonym, Milo Andreas Wagner.

Milo Yiannopoulos earns a decent amount of net worth from his career as political commentator, journalist, as well as author. He is the senior editor of Breitbart News & expresses to be the staunch supporter of President Donald Trump.

According to Celebrity Net Worth, Yiannopoulos has an estimated net worth of around $4million. Yiannopoulos along with Margaret MacLennan co-founded the Yiannopoulos Privilege Grant in January 2016. They distributed 50 grants of $2500 to poor white men to help them with their tertiary expenses in the 2016-17 year and other 100 grants of the same amount in the second year.

The same year, he received $100k donations and further $250k had been pledged.

Besides, Yiannopoulos lives a luxurious life with expensive stuff. Some of his favorite brands include Versace, LV, and Dolce and Gabbana among others. Moreover, he owns multiple houses in the United States and two in London. He has several cars worth $237777.87. He has such a superb wardrobe supermodel would be jealous of.

Milo Yiannopoulos openly admitted his sexuality as gay, unlike other media personalities, he never hides nor is afraid of his decisions. Once on his official blog, he said,

"I'm Soo Bored of Being Gay"

Furthermore, Yiannopoulos confessed he is more sexually attracted to the black people rather than Americans. He also compared himself to "bratty young white girls" who prefer to have a relationship with African-American.

In an interview, Yiannopoulos said, he is in a romantic relationship with his boyfriend, John who is African-American and enjoying his company. Despite that, he hasn't revealed much information about his partner.

In August 2017, he shared a picture on his Instagram where he held his boyfriend's hand and captioned it as "Bae."

Moreover, in October 2017, Yiannopoulos got married to his boyfriend but has not revealed the face of the man. Their wedding was held in Hawaii. In all his wedding pictures, his husband's face is rarely seen.  Besides, he is not married previously so has no ex-wife.

Milo Yiannopoulos came to several controversies. After he revealed about his sexuality, he stated,

''Gay Rights Have Made Us Dumber and h 0sexuals have been ma s sively over-represented.''

In 2015, he was suspended by Twitter after he changed his profile in order to describe himself as BuzzFeed's social justice editor.

Check out the interview with Milo Yiannopoulos: