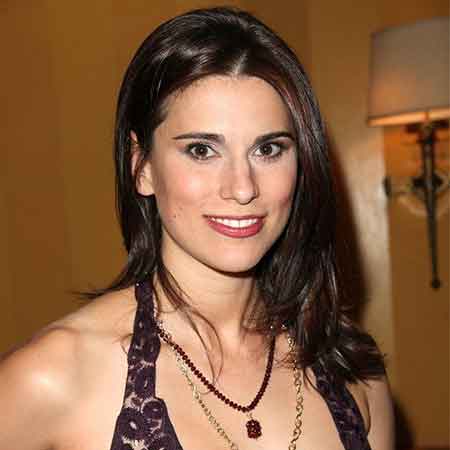 Milena Govich is one of the world's most versatile personalities who gained huge popularity after her role NYPD Detective Nina Cassady on the television series Law & Order. Born and raised in Norman, the actress first performed on the Broadway, and, later, actively worked in both movies and TV series. She is also a dancer and a singer who sang the U.S. national anthem at the New Jersey Devils home opener at the Prudential Center.

Milena Govich was born in Norman, Oklahoma on October 29, 1976, in Norman, Cleveland County, Oklahoma, United States. She is the daughter of Dr. Bruce Michael Govich, who died in 1998, and Dr. Marilyn Green Govich. She has two brothers named Nikola Govich and Mateja Govich. Her father used to work as a music professor at the University of Oklahoma whereas her mother currently tutors voice at the University of Central Oklahoma.

A native of Norman, Oklahoma, Milena graduated from the Southview High School in 1994. She was valedictorian of her high school too. She later obtained a double major in vocal performance and pre-med, with minors in dance and violin at the University of Central Oklahoma. She following her successful academic career, made her way to New York City to pursue her acting career.

Milena Govich started her acting journey by performing in Broadway initially. She also worked in the 2002 musical revival of The Boys from Syracuse and in the musical Good Vibrations. The actress made her first break following her role as  Gabby in the pilot episode of CBS's Love Monkey. From 2005-2009, she was a cast in the series Rescue Me along with John Scurti, Daniel Sunjata, and Mike Lombardi.

Govich received critical acclaim and international fame after she played on the  Dick Wolf series Law & Order. She is also credited for her work in The Defenders, Make it or Break It, and The Mentalist. For a year from 2014-15, she played the character Lori Stevens in Finding Carter along with Kathryn Prescott, Cynthia Watros, and Alexis Denisof.

Govich has also featured in movies like A Novel Romance and Pass the Light. She made her first ever official foray as a director with the short film Temporary which helped Govich to select for AFI's prestigious and highly competitive Directing Workshop For Women.

In the year 2008, Govich also sang the national anthem at a New Jersey Devils game.

It's been nearly two decades that the actress Milena Govich has played several significant roles in both movies and TV series. Her multiple professions have boosted her net worth to $4 million, as of 2018.

Talking about the actress’ love life, Milena Govich is a married woman. She tied the knots with now-husband David Cornue, a film producer, writer, and composer in 2003. It was reported that the couple started dating a few years ago before exchanging the vows. The pair does not share any children yet.