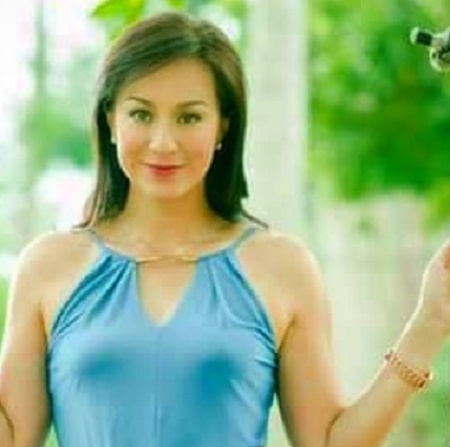 Mike Cojuangco is a multi-talented Filipino sports official and equestrienne. Not only that, but she is also a model, former actress and television host. For your information, Cojuangco was a gold medalist at the 2002 Asian Games in Busan, South Korea.

Mikaela María Antonia "Mikee" de los Reyes Cojuangco-Jaworski was born on February 26, 1974 in Manila, Philippines. So, her current age is 48. For her high school, Cojuangco went to the Colegio San Agustin – Makati. Later, she attended Ateneo de Manila University and earned a degree in Psychology in 1996.

Cojuangco rose to prominence as a model for a Swatch commercial in 1991. Later, she got interested in riding at age eight but was only permitted to take lessons by her parents when she turned 10. And at the age of 16, Cojuangco joined her first international competition at Shizuko, Japan. There she placed third in the individual showjumping.

Furthermore, her most significant victory came at the 2002 Asian Games in Busan, South Korea, where she prevailed in the Philippines' third and last gold medal in the individual show jumping event. Apart from that, she has also appeared in films and television shows.

In 1994, she debuted on the big screen by appearing as Isabel in Forever. After that, she made her appearance in various films such as I Love You Sabado!!! Manalo matalo mahal kita, Mahal kita, alam mo ba?, Buhay mo'y buhay ko rin, Nag-iisang ikaw, etc. Likewise, Cojuangco made her television debut in 2006 by starring as Tamara in Majika.

Where Is Mikee Cojuangco Now?

Cojuangco lives in the Philippines together with her husband, Robert Jaworski Jr. Talking about their marriage life, they have been together for a long time. The power couple walked down the wedding aisle in 1999. Since then, they have been guiding blissful life.

Being married for a long time, they have already started their own family and have three sons named Robert Vincent Anthony III (Robbie), Rafael Joseph (Raf) and Renzo. Cojuangco's husband is a Filipino politician and former basketball player. 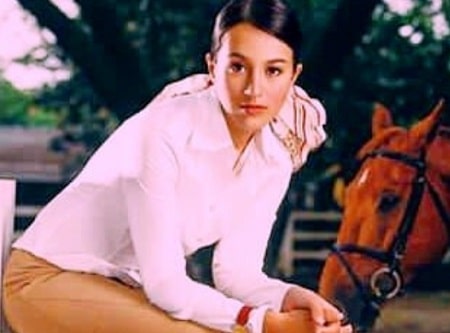 From 2004 to 2007, he served as a member of the House of Representatives, representing the Lone District of Pasig.

Net Worth & Earnings Of Cojuangco-Jaworski

Working in various fields, Cojuangco has added a considerable under her name. Some online source estimates her net worth to be around $1 million- $5 million. All of this fortune came from her work as a sports official, equestrienne, actress and television host.

Similarly, she has worked in several films that have done well in the industry. In the Philippines, an actress earns around $11215.39.