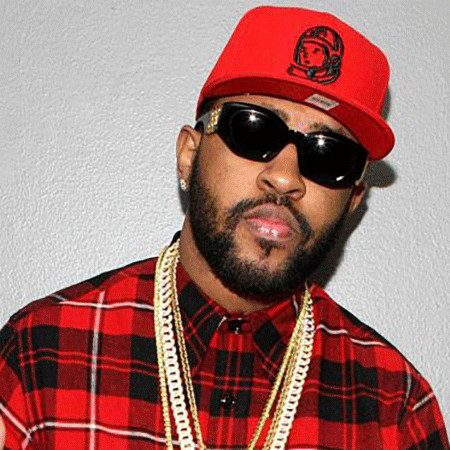 Mike WiLL Made It is a professional American record producer, rapper and songwriter. Although his real name is Michael Len Williams II, he is popularly known as Mike Will Made It, usually stylized as Mike WiLL Made-It, or just simply Mike Will. He usually produces trap beats for southern hip hop artists. His recent famous works include “Black Beatles” by Rae Sremmurd, “Mercy” by GOOD Music and “Love Me” by Lil Wayne. To this date, he has released a total of five mixtapes.

Mike Will was born on March 23, 1989 in Marietta, Georgia. His father, Michael Williams Sr., is a former IBM executive and his mother, Shirley Williams, was a former bank loan officer. She was also once in a gospel group, singing for the Dottie Peoples. He also has two older sisters. His uncle was an accomplished guitar player and one of his older sisters was a drum major in the Olympics. Growing up in a musical background, Will was also an athletic.

Mike Will started developing his own beats at an early age. While attempting to shop his beats to label artists, Will’s beats were first noticed and used by Gucci Mane, who summoned Will to Patchwerk Studios. After graduating high school, Will enrolled at Georgia State to pursue undergraduate studies, but dropped out for a hiatus after several semesters. During this time, he produced a hit single “Tupac Back”, eventually deciding to quit school and focus more on music.

Starting at an early age, Mike Will’s career bloomed when Gucci Mane started rapping to his beat. After working with him for a few years, Mike released his first single “Tupac Back” in 2011, which was performed by Meek Mill and Rick Ross. The single peaked at #31 on the billboards. In the same year, he worked with Atlanta rapper Future and produced some noteworthy songs, such as “Ain’t No Way Around It”, “Itchin” and “Turn on the Lights”. He also released his first mixtapes called Est. in 1989 (Last of a Dying Breed), featuring artists like Gucci Mane, Future, 1017 Brick Squad, Ludacris and Lil Wayne.

In 2012, Mike Will partnered with the popular music site “The FADER” to release his second installment of the mixtape series, Est. In 1989 Pt. 2. The mixtape contained the first single “Back 2 the Basics”. The album was released again in partnership with LiveMixtapes.com.

Mike Will has also worked extensively with rappers like 2 Chainz and Busta Rhymes. In 2012, Mike Will produced the lead single, "No Lie", from 2 Chainz' debut album, Based on a T.R.U. Story, released via Def Jam. The single has been certified Gold by the Recording Industry Association of America, selling over 500,000 copies digitally. He also produced a single, “Bandz a Make her Dance” for Juicy J, featuring Lil Wayne and 2 Chainz.

Since then, Mike Will has worked to produce for many popular artists. His newer mixtape installations have featured artists like Rihanna, big Sean, Wiz Khalifa, Kendrick Lamar, etc. His single “23” also gained a lot of popularity. On December 18, 2013, he was named producer of the year by HipHopDX.

Mike Will is of American nationality and African-American ethnicity. Will has been in a relationship with Miley Cyrus, but they broke up in 2014. As for his current affairs, he doesn’t have a girlfriend. He has a net worth of $5 million.