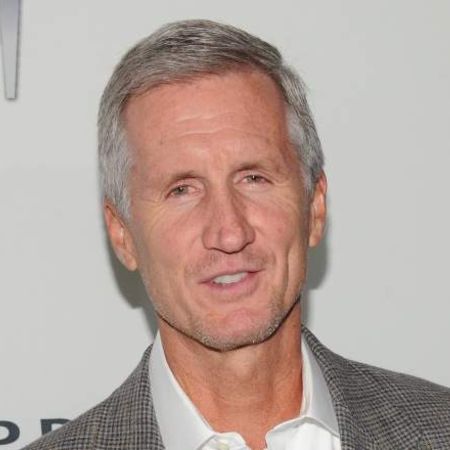 How Old is Mike Breen? Where was he Educated?

Michael Breen was born on May 22, 1961, in New York City, New York. The 59-year-old was raised in Yonkers, New York, where he attended St. Paul the Apostle Catholic grammar school and later, Salesian High School in New Rochelle, New York.

He attended Fordham University in NYC and graduated in 1983.

Breen began his broadcasting career in 1985, providing play-by-play commentary for the Marist College Red Foxes basketball team; he began his radio career at the WEOK/WPDH station in Poughkeepsie, New York. 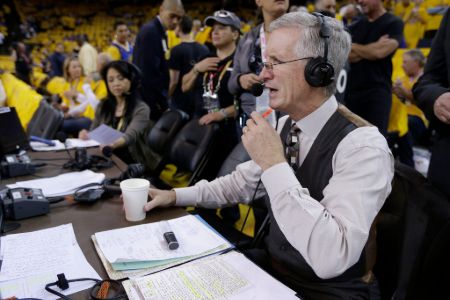 Since 2003, Mike Breen has been the lead play-by-play announcer for ESPN's coverage of the National Basketball Association (NBA) games.

Starting in 2006, Breen began working as the lead broadcaster for ABC's coverage of the NBA games, including the NBA finals and NBA Saturday Primetime. To date, he has called NBA premier events a record-setting 13 times including the 2019-20 season.

Besides that, Breen is the lead announcer on the MSG Network's coverage of New York Knicks games and previously called the New York Giants' preseason games.

In addition to the NBA, Breen has also done play-by-play for the National Football League (NFL) for FOX and NBC and 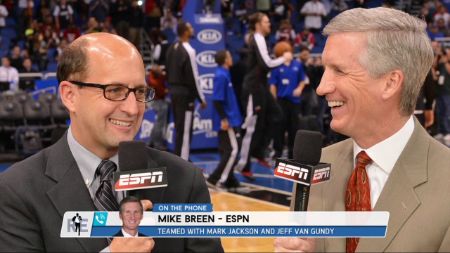 Breen has been the recipient of many awards and distinctions, including the National Sportscasters and Sportswriters Association's Broadcaster of the Year Award in 1998 and the Naismith Memorial Basketball Hall of Fame Curt Gowdy Media Award in 2020.

Mike Breen is listed as residing in Long Island, New York with his wife Rosanne -- with whom he has three children: Michael Breen, Nicole Breen, and Matthew Breen.

Mike Breen is estimated to have a net worth equal to or greater than $1 million. His wealth is attributed to his sportscasting career. Considered the leading voice of  NBA on ESPN and ABC and the NFL on FOX and NBC, Breen's career spans nearly three decades. He was named the Broadcaster of the Year 1998 by National Sportscasters and Sportswriters Association and the Naismith Memorial Basketball Hall of Fame Curt Gowdy Media Award in 2020.