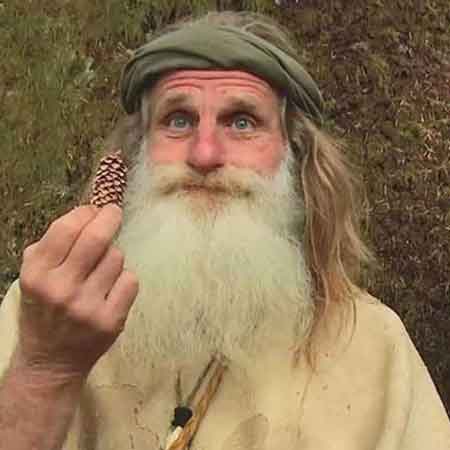 American native Mick Dodge is best known for his unique lifestyle and for his appearance in the reality Television show The Legend of Mick Dodge. In the show, he is seen living his life in the forest of the Olympic Peninsula. He is named The Barefoot Sensei and Walking Mountain for his choice to walk barefoot in the forest.

Mick Dodge was born on August 29, 1951, in Hoh of Olympic Peninsula, Washington, United States. He traveled and moved to several places as a child since his father Ronald L. Dodge was in the Marine Corps.

Dodge attended Kubasaki High School in Okinawa, Japan and graduated with flying colors. Before deciding to leave the modern world he enlisted in the Marine Corps where he spent his six years. 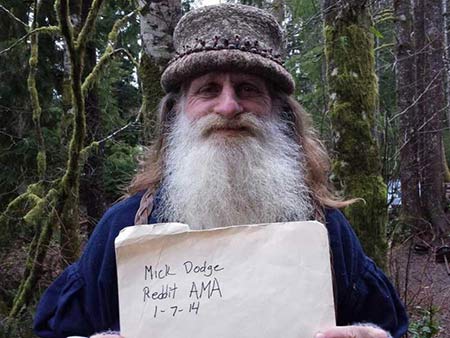 He had also worked as a mechanic in Fort Lewis. He left his comfortable life since he was getting stressed over his normal life and to search for something new or unique he went to live the rest of his life in the forest in the Olympic Peninsula.

Mick Dodge is professionally a Television personality who appears in the National Geographic Channel's reality Television series The Legend of Mick Dodge. In the show which first premiered in 2014, Dodge is seen living his life in the forest and walking barefoot which gave him the nickname The Barefoot sensei.

He has been walking without wearing sandals or shoes since 1991 and he believes it cured his plantar fasciitis illness which is a disorder of the connective tissue. 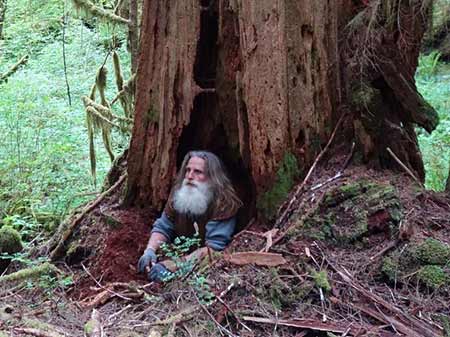 CAPTION: Mick Dodge living his life in the forest. SOURCE: The Turnip Truck

It also cured his hammer toes and back pain problem even letting him feel close to nature. Along with Jacquie Chandler, he created an earth-based fitness program called The EarthGym which provides a fitness program in the forest where nature related things are used for physical training.

In the forest of the Olympic Peninsula to feed himself, he gathers berries, hunts birds and loves drinking home-made olive oil for its natural health benefits.

Mick Dodge's net worth is not estimated and is still under review. However, some sources claim his net worth to be $500k. His major source of earning is from his appearance in Television reality series The Legend of Mick Dodge which is running pretty successfully.

Mick Dodge as of 2018, is at the age of 67 and is still not married and lives a single life giving all his time to nature. He isn't interested in the idea of building his personal life so he remains unmarried and away from the idea of marriage & kids. There aren't any details about the former relationships he might have been involved in before his time in the forest.

He has been living in the forest for several years and he loves the adventures & newness he finds in the forest. Dodge has become a wiser personality after discovering many things which gave his life a meaning. Apart from the new discoveries in food and living he also had to risk his life often as one winter he was about to lose his toes to snow in the highlands of Olympics.

Here is a video of Mick Dodge's five facts.