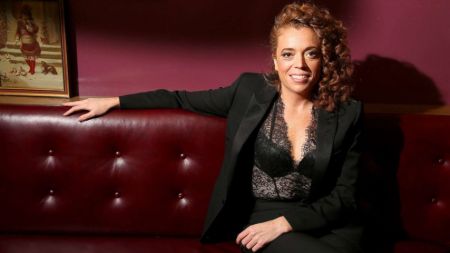 Michelle Wolf is a famous American comedian, writer, producer, and television host. She got fame from her work as a contributor and writer for Late Night with Seth Meyers and The Daily Show with Trevor Noah. Michelle also spoke as the featured performer at the 2018 White House Correspondent's Dinner.

Michelle hosted the Netflix comedy talk show series The Break with Michelle. She also performed in the 2019 stand-up comedy special Joke Show. She contributed a lot of years in this entertainment industry as a comedian. Let's know more about her personal life, career, and many more through our article.

Michelle Wolf was born on 21st June 1985, in Pennsylvania, United States. She grew up with two older brothers. Michelle is graduated from Hershey High School in 2003. Later she joined the College of William & Mary for the graduation in kinesiology and was also a member of the cardiovascular physiology lab in 2007 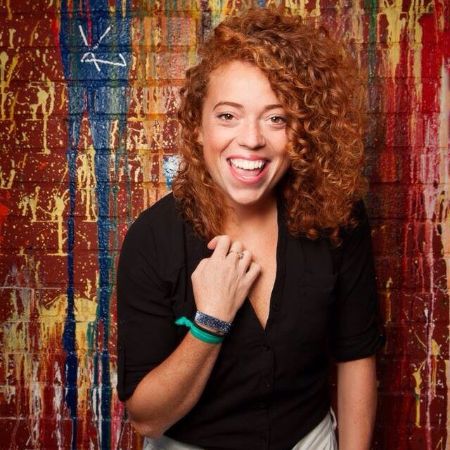 Michelle was on the track and field team while she was in high school and college. She was competing in the high jump and 400 meters and 800 meter runs before an injury caused her to stop competing. But she continues to run and also took part in a marathon held in 2005 in Las Vegas, and an 80 km ultra-marathon in 2018 at the Bonneville Salt Flats in Utah.

Who Is Michelle's Partner

Well, Michelle has not disclosed her relationship status. Previously she has mentioned dating a Jim trainer but It was her last date and even she stooped going to Jim for some time. Now she doesn't have a partner.

On 28th April 2018, Michelle Wolf was the featured entertainer at the White House Correspondent's Dinner. Where the U.S. President Donald Trump did not attend the dinner for the second consecutive year. Sarah Huckabee Sanders, the White House Press Secretary was sent instead. 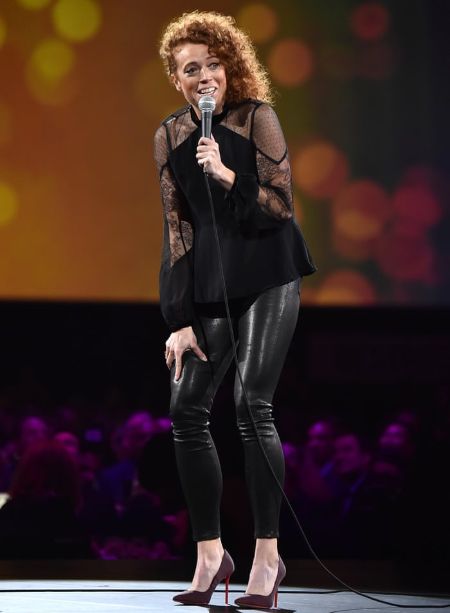 She delivered a 19-minute comedy routine. Which was both praised and criticized for her "harsh and stinging" jokes aimed at the Trump administration. The management of C-SPAN radio stopped the broadcast of the speech half-way considering it risque. They were worried that she might violate FCC indecency guidelines nad they might too get fined.

Michelle also hosted a weekly Netflix talk show," The Break with Michelle Wolf." It was premiered on 27th May 2018 and was discontinued on 18th August 2018. It was announced that it would "take a break from the seriousness of late-night comedy" and "instead of making the news fun, she'll make fun of everything and everybody without any political agenda unless it's funny.

Later in December 2019, Netflix released Joke Show, a stand-up comedy special. It was written and performed by Michelle Wolf.

Total Net Worth Of Michelle Wolf

Being a renowned journalist and comedian, Michelle Wolf has earned a decent sum of money. She lives a luxurious life. Her total net worth is estimated at around $3 million dollars. She makes an annual salary of $500 thousand dollars from her profession which is a good sum of money.