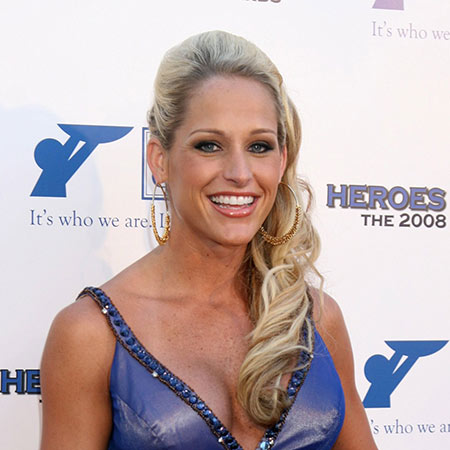 Michelle McCool is a former WWE professional wrestler that is known for winning two WWE Divas Champion and Diva of the Year once. She was born Michelle Leigh McCool on 25 January 1980 in Palatka, Florida, USA. Her parents Mary and Terry are both an educator, a teacher, and superintendent. She has an elder brother, who is a football player. As a child, she had a keen interest in various sports from wrestling to basketball, volleyball, and softball. McCool is an American by nationality and belongs to white ethnicity.

Michelle McCool attended Florida State University and received Masters Degree in Educational leadership. Soon after her graduation, she taught seven grade science for four years prior to becoming a full-time wrestler. She was also a personal trainer for gymnastics, kickboxing and once participated in the National Physique fitness contest.

At the age of 24 in mid 2004, Michelle McCool contested for Raw Diva Search and reached the final but was placed 7th on 16 August 2004. However, she was signed by WWE along with other contestants. She then debuted on SmackDown on 18 November 2004, where she appeared as a fitness trainer for Rey Mysterio and Rob Van Dam. McCool appeared on the ring on 6 January 2005, during John Cena vs. Kenzo Suzuki BattleRap. She debuted her fight on 3 March in the mixed tag team match, where she and The Big Show defeated Dawn Marie and Rene Dupree. She made her single appearance inside the ring on 24 March, fighting against Marie Dawn. She was then sent to WWE's developmental territory, Deep South Wrestling and appeared on 8 September, where she was defeated by Angel Williams.

On February 9,Michelle McCool, Tailor, Williams, Marshall, and Biggers competed in a "Bikini Contest", but no winner was declared when Palmer Canon interrupted and said that he did not want bikini contests on his network. In March 2006, McCool was assigned for another developmental territory, Ohio Valley Wrestling (OVW), for a gimmick tryout with Kasey James and Amish Roadkill; here she also continued her training. On 2 June 2006, McCool came back to SmakDown as a sexy villainous teacher and warning the divas to take them to school.

In 2009, Michelle McCool partnered with Layla and formed a duo calling it LayCool. The duo broke apart in the episode of SmackDown on April 29, when McCool and Layla faced in a single fight. The match was disqualified after the two began brawling and no count-out match. At Extreme Rules, McCool was pinned by Layla, forcing her to leave WWE. Afterwards, she was attacked by the debuting Kharma to write her out. In reality, McCool had, herself, decided to retire from professional wrestling.

Michelle McCool married her high school sweetheart, Jeremy Louis Alexander, in 2001. The couple stayed together as husband and wife for over 5 years as their marriage ended in divorce in 2006. The devoted Christian, McCool remarried her fellow wrestler Mark Calaway (Undertaker) on 26, June 2010 in a small ceremony in Houston, Texas. She gave birth to her first child Kaia Faith Calaway on 29 August 2012; for Calaway, it was his fourth child. According to her social media profile, she is not involved with any external affair such as boyfriend and is happily living with Calaway and their child in Austin, Texas, US. During McCool's wrestling career, she faced several injuries such as a fractured nose, broken sternum, broken xiphoid process and other wrestling-related injuries. Her successful career has earned her a net worth of $3.5 million dollars.