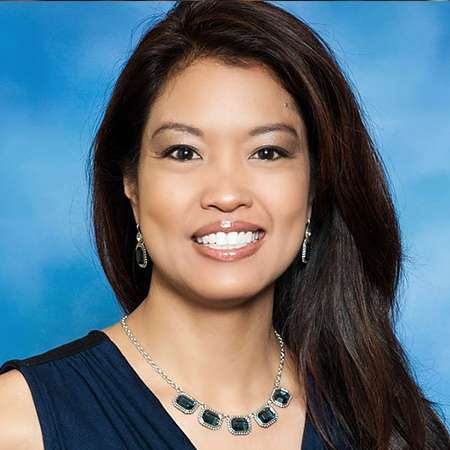 Michelle Malkin is one of the popular names in the field of American conservative blogger and political commentator. Her weekly syndicated column appears in several newspapers and digital news portals. The Fox contributor has been a guest on MSNBC, C-Pan, and other national radio programs.

In 1992, Malkin began her journalism career as a columnist for the Los Angeles Daily News. Later, she wrote columns for the Seattle Times.

Malkin then joined Fox News and became the frequent commentator of various shows. Malkin has been connected to her readers via her blog MichelleMalkin.com since 2004.

Malkin was born on October 20, 1970, in Philadelphia, Pennsylvania, U.S. She was brought up in Absecon, New Jersey by parents who had immigrated to the US employer-sponsored visa. Her ethnicity is Philippine, but her religion is Catholic.

Malkin attended the Holy Spirit Roman Catholic High School and then did her college at Oberlin College. While in school and college she edited the school newspaper, worked as a press inserter, tax preparation aide, and network news librarian, and aspired to become a concert pianist. Her first article, criticizing Oberlin’s affirmative action program obtained a negative response from her fellow students.

Malkin began her journalism career in 1992, in the Los Angeles Daily News. She joined the Competitive Enterprise Institute in 1995 in Washington DC. She moved to Seattle and started writing columns for The Seattle Times and became a nationally syndicated columnist with Creators Syndicate in 1999.

Malkin’s allegations that presidential candidate John Kerry had lied about his record of the Vietnam War, on MSNBC’s Hardball with Chris Matthews raised a lot of controversies. She was asked by Matthews several times if she believed John’s wounds to be self-inflicted, but she dodged the question, and Matthews was accused of browbeating her.

Malkin's career as an author began after her book Invasion: How America Still Welcomes Terrorists, Criminals, and Other Foreign Menaces published by Regnery Publishing. This book was a New York Times bestseller and was released in 2002.

In Defense of Internment: The Case for 'Racial Profiling' in World War II and the War on Terror was written by her in 2004 and got negative reviews by Asian American civil rights organizations due to her racial views about the US government’s actions in the World War II.

As a result, MidWeek and The Virginian-Pilot dropped her columns in their magazines. Her third book Unhinged: Exposing Liberals Gone Wild, was released in October 2005, and Culture of Corruption: Obama and His Team of Tax Cheats, Crooks, and Cronies in July 2009. It was The New York Times Non-Fiction, Hardcover Best Seller for six weeks.

Malkin successfully launched her political blog MichelleMalkin.com in June 2004, and since then she falls upon the list of the best bloggers of all time. She has criticized hip hop artist Akon for degrading women in a Vent episode and has also questioned the credibility and existence of the Iraqi Police Captain Jamil Hussein via her blog.

Jamil Hussein has been used as a source in over 60 stories about the Iraq War, and Michelle has once and again pointed out proofs and points that question the reliability of the extreme stories, related to Jamil that come out about the war.

Another controversy surrounding her is the one regarding the protest against the presence of military recruiters on campus by the campus group Students Against War (SAW). The contact details the leaders of the group put up in a press release were highly publicized by Michelle in her blog.

Despite being told to put it down by the group, Michelle Malkin refused to do so, leading to allegations that death threats and anti-Semitic comments had been received by the members of the group. In response to this, her private details, phone numbers, and addresses were also put up on several websites.

Malkin founded the conservative Internet broadcast network Hot Air on April 24, 2006. It was bought by Salem Communications in February 2010 and is no longer administered by Malkin.

Malkin's viewpoints regarding citizenship, immigration enforcement, unemployment benefits, and women issues also constantly surface in the media. She believes that granting automatic citizenship at birth to U.S born citizens, foreign tourists, foreign workers, and illegal aliens is not suitable and poses a problem in the national security of the country.

She also supports the detention of some immigrants based on national security and opposes sanctuary cities that do not enforce all national immigration laws. Malkin also opposes the extension of unemployment benefits and calls the War on Women a false narrative.

Michelle Malkin is an author, blogger, political commentator and is also a contributor to the Fox News Channel. Her syndicated columns appear in many newspapers, magazines, and websites, and her particular viewpoints regarding citizenship, immigration enforcement, unemployment benefits, and women's rights have continuously managed to create a worldwide sensation.

Michelle Malkin's Net Worth And Salary

Michelle Malkin's net worth is $2 million at present. She has collected a large amount of money from her illustrious career.

Malkin began her journalism career at the Los Angeles Daily News, working as a columnist from 1992 to 1994.

In 1995, she worked in Washington, D.C. as a journalism fellow at the Competitive Enterprise Institute, a free-market, anti-government regulation, libertarian think tank.

She is a Fox News contributor and has been a guest on MSNBC, C-SPAN, and national radio programs. Malkin has written four books published by Regnery Publishing. She founded the conservative websites Twitchy and Hot Air.

As a political commentator,  Malkin's annual salary is over $84,000. She has also published a number of successful books which includes a New York Times bestseller book  Invasion: How America Still Welcomes Terrorists, Criminals, and Other Foreign Menaces in 2002. The book is priced at $9.99 for Kindle, $12 for Hardcover, and $11.81 at Paperback.

Michelle Malkin began dating Jesse Malkin, her college mate when in Oberlin, and started dating from there.

The couple tied the knots in 1993 and has two children. She and her husband Malkin welcomed their first child, a daughter, Veronica Mae Malkin, in 1999. They also have a son Julian Daniel Malkin, who was born in 2003. Formerly, Jesse worked as an associate policy analyst and economist. They lived in North Bethesda, Maryland until 2008 and relocated to Colorado Springs, Colorado later.

Malkin has achieved worldwide recognition, critical acclaim, and negative comments about the views she expresses via the help of her occupation. Her high viewpoints are worth noting, and she sure will continue to make an impact with the help of it. 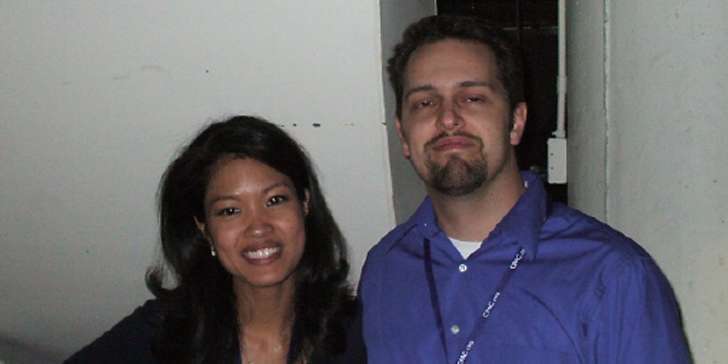 Married life of Jesse Malkin and Michelle Malkin a blogger