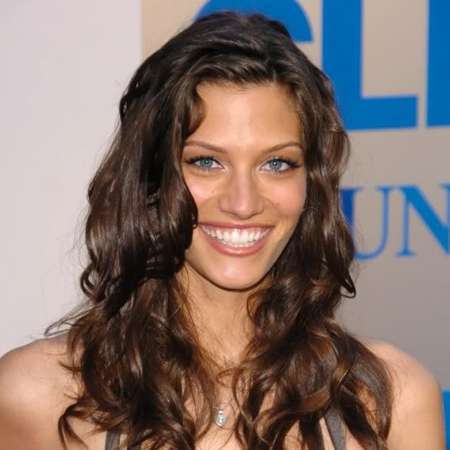 The Glastonbury-born actress Michelle Lombardo is one of the TV stars in the Hollywood. She is known best for her appearance in several TV series and TV movies.

She started off her modeling career in 1999 when she was discovered by Tina Kiniry from John Casablancas Modeling & Acting Agency of Connecticut.

In 2004, she won the inaugural Sports Illustrated Fresh Face contest and features in the Company’s annual Swimsuit Issue. She made her entry in the TV industry from a 2006’s comedy film Click.

Michelle Helen Lombardo is of Italian-Irish ancestry, famous as a model and actress in America. She was born on 16, September 1983 in Glastonbury town of Hartford, Connecticut, USA. She has one sister and two brothers. Helen is very passionate and active in athletics and enjoys various sports such as softball, volleyball, and soccer.

When she was in high school she used to be a captain for the school's volleyball team. She even took part in sports outside the school for the local organization and is currently serving as the manager in Next Model Management.

Lombardo attended the University of Connecticut for about 1 years, during this period she was the member of the Kappa Gamma sorority. Looking forward to living an independent life and to pursue her career in acting, she moved to Los Angeles in 2004.

During the first couple of years, she works as a hostess and rent an apartment in L.A. At the same time she participated in the Sports Illustrated “Fresh Face” and won the contest.

Since then she started appearing in the company's annual magazine in a swimsuit. Later, she started modeling for different magazines and also for calendars. In 2006, she was featured in a popular Playboy magazine and also chosen to advertise Suzuki Forenza car, where she took off her formal clothes and drove the car with a friend in an athletic wear.

Following that year she booked a role in a science fiction comedy-drama movie titled Click, by Adam Sandler. During the same year in 2006, she appeared in a film about poker All In directed by Nick Vallelonga. In 2011, she played the role of Stephanie in Cat Run and as Stacia in 2014 Redwood Highway.

She was also credited in a commercial for T-Mobile, and also for her roles in movies including “Entourage” created by Doug Ellin, and “Californication” series created by Tom Kapinos. She also hosted several tv shows on Current TV.

In 2017, she appeared in the movie Americons directed by Theo Avegerinos, the film was about the economic collapse due to unsuspecting mortgage broker drown and deceived by sex.

The same year, she also appeared in a TV movie The Haunted alongside Lyndsy Fonseca, Liam McIntyre and Steve Kazee. In 2018, she appeared in a short film Welcome to Where You’ve Always Been.

Michele Lombardo’s estimated net worth is $1 million plus, as of 2018. She appears in TV series, TV movies and short films. According to a source, TV star earns normally earns $25K plus for each episode of American series and TV programs.

This diversely talented personality net worth and salary are not disclosed by any media. But one can assume that she has earned a lot to live a prosperous life, by the way, she resides in Los Angeles currently.

One can find her sexy photo in a bikini on several related websites and her bio is available on Wikipedia and IMDb as well.

Michelle Lombardo is most probably single. She has not revealed anything about her affairs and dating. She previously married to singer-songwriter Drew Broadrick from 2003-2008.

She married Drew Broadrick in 2003. The couple however after living together as husband and wife for almost five years they finally decided to get a divorce in 2008. They don't have any child ren together.

Lombardo keeps her private in a very low profile. There is no information about who she is dating current.

Many of her fans rumored that she is gay, but that just the life of celebrities I guess. They are often attacked by some gossiper and attention seeker by spreading false statement.