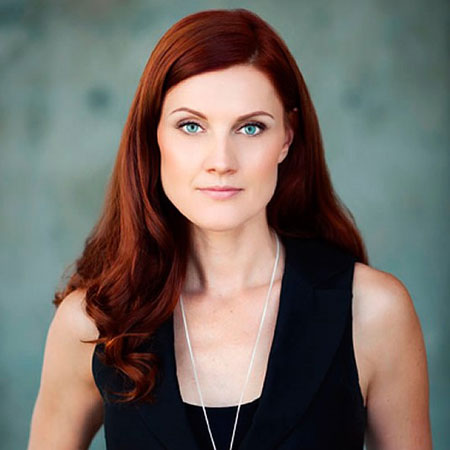 Michelle Harrison is a Canadian actress as well as a singer who perfectly justifies her position as an actress with one of the famous movie “The Flash.” She married Matthew Harrison in 1998.

Michelle Harrison was born on March 24, 1975, in Washington, the United States of America. She belongs to white ethnicity and holds an American nationality.

Harrison the eldest child of her parents, Linda Hall and Larry Johnston. Although she was born in the USA and was raised in England. Growing up Michelle hoped to be a writer and illustrator.

From an early age, Michelle Harrison was interested in writing, so she attended Circle in the Square Theatre School in New York. She is also a lead singer in a country rock band called Ginger 66.

Harrison paired up with John Wesley Shipp on the television show "The Flash" where she played the role of Nora Allen.

Harrison earned praises for her roles in the exciting projects like “Paycheck”, “The Invisible”, and the “Elegy.”

Michelle Harrison married to Canadian actor, Matthew Harrison on June 6, 1998. They dated for a while before getting married in a small yet extravagant ceremony, attended by their closest of friends and family.

Both of them first met by a mutual friend. She is usually sharing beautiful snaps of her family on Instagram.

The pair together has a child, a baby boy named, Barry Harrison who like to play guitar, violin, as well as piano.  Recently she is residing on an island in British Columbia, Canada.

Michelle Harrison’s has appeared in various movies till date. Her movie entitled “The Flash” was able to make a grossing of $14,503,184.

So her net worth is reported to be in millions of dollars as she is among the successful actors in the industry.