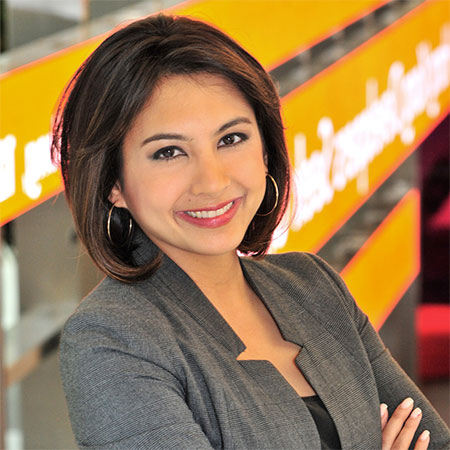 Michele Steele is a cross-platform anchor and reporter for ESPN and Bloomberg Television. She is notable for her amazing interview skills, especially with NCAA president Mark Emmert.

She was born on October 2, 1978. She is a very talented anchor and her stories have been aired on SportsCenter, Outside Lines, and Baseball Tonight. Michele went to the University of Illinois, where she earned a bachelor’s degree in economics and also attended Columbia University, where, she earned a master’s degree in Journalism.

Before working as a reporter and anchor, Michele Steele spends two years in the Loire Valley France and in Martinique teaching English. Steele even participated in the New York marathon in 2007, without any exercises for two years.

She competed in New York’s Funniest Reporter competition in 2012 and is also an avid supporter of the Micheal J. Fox Foundation.  She can speak fluent French and enjoys Illini basketball. She loves Chicago-style hot dogs and New York-style pizza.

Prior to her time at the worldwide leader, Michele Steele worked at Bloomberg Television as the network’s only sports reporter. There, she interviewed NCAA president Mark Emmert, NFL, NBA Commissioner David Stern, Commissioner Roger Goodell, and several athletes and league owners. Michele was also a senior reporter for Forbes video-on-demand service and a regular contributor to Forbes on Fox.

Michele Steele is very good at keeping her personal information secret.  She is a much-focused person who loves her work and career very much.

Michele Steele has a very strong and powerful personality. She has an amazing skill of covering wide range stories in s simple and understandable way. She has not let the media know about her net worth and earnings.