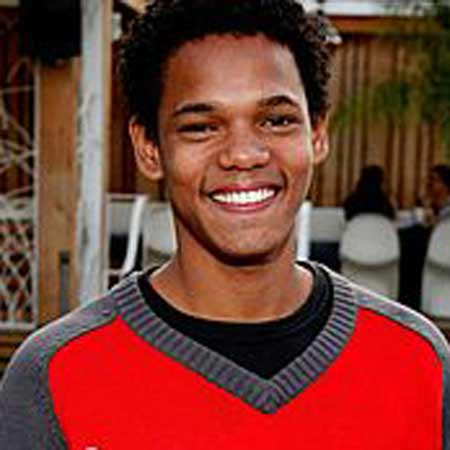 Michel De Souza Gomes famous as Michel Gomes is a Brazillian actor who is best recognized for his role as Bene Crianca in critically acclaimed crime thriller City of Gods.  He was just 13 years old when he performed the role of Benny and had the aspiration to become an actor from the young age. Michel has also performed in various T.V Series such as Sexo e as Negas, Rebelde,  Joia Rara, and Viver a Vida among others. He has also featured in the Netflix series 3% set in the post-apocalyptic world portraying the role of  Fernando Carvalho alongside Bianco Camparto and Rodolfo Valente.

Michel Gomes was born on February 4, 1989, in Padre Miguel neighborhood in Brazil in the west zone of Rio de Janerio.  At a tender age of ten years, Michel contacted the theater at TVV(Talentos da villa Vantem) with the aspiration to pursue an acting career. He is still the member of theater and believes it is where his acting career started.

Gomes film career began after appearing as young Benny in Cidade de Deus (City of God)directed by Fernando Meirelles. The City of God was critically acclaimed and received a positive review worldwide. However, he was just 13 years old and was still a boy then. His first major recognition as an actor came from 2008's movie Ultima Prada 174 based on the true story of Sandro Barbosa do Nascimento a Rio boy who survived through various struggles of life. He debuted on television in 2009 from the series Viver e Vida (Seize the Day) playing the role of Paulo.

Though many people in Hollywood may not recognize the talented actor Michel Gomes, he is a household name in the Brazillian film industry. He has appeared in various Brazillian TV shows which include Forca Tarefa (2009) in which he performed as Hulk,  Viver e Vida (2009), Rebelde (2011), Joia Rara (2013), Sexo e as Nega (2014) and 3%.  He has also appeared in two other Brazilian movies Ultima Prada 174(2009) as Sandro Barbosa and in the movie Salve Geral(2009) as Xizao. Hs role as Sandro Barbosa in the movie Ultimo Prada 174 won a nomination for Jury Award. Ultimo Prada 174 translated as Last Stop 174 was also selected to send for Oscar Awards in "Best Foreign Movie" category in 2009 but unfortunately, it missed out.

From 2016 he played the role of Fernando Carvalho in the Netflix original series 3%  set in the dystopian world as a physically disabled candidate in the 104th process. 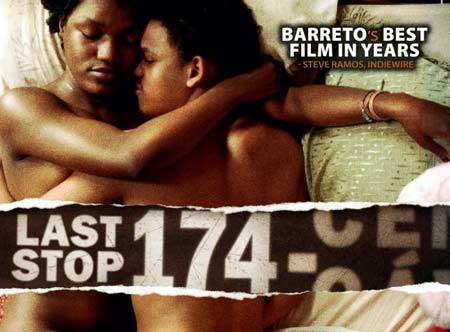 CAPTION: Michel Gomes on the cover of the movie Last stop 174 SOURCE: writeriotblogspot.com

The actual net-worth of Michel Gomes is not revealed yet but is assumed to be in six figures. His latest involvement in Netflix Orginal series 3% means a huge rise in his paycheck.  His average salary from series ranges from $47593 to $56245.  His critically acclaimed movie City of Gods was produced under a budget of $3.3 million collected over $30 million worldwide making a profit of almost $27 million.

Gomes grew up in Rio de Janerio and wanted to become an actor from his early years. While still a child he also dreamt of serving the navy but soon after he landed a role in City of Gods he chose to become an actor. He has a girlfriend by the name of Beatriz Lemos who is also a Brazillian actress.  In an interview with Brazillian media, he mentioned his favorite actor is  Shelton Mello and Lillia Cabral and says he would be privileged to work with them on-screen.

Michel Gomes likes to read novels especially of Paulo Coehlo and every time when he is off stage he is seen with a book in his hand.  He is an ice-cream crazy and dreams of becoming a successful director in the near future.