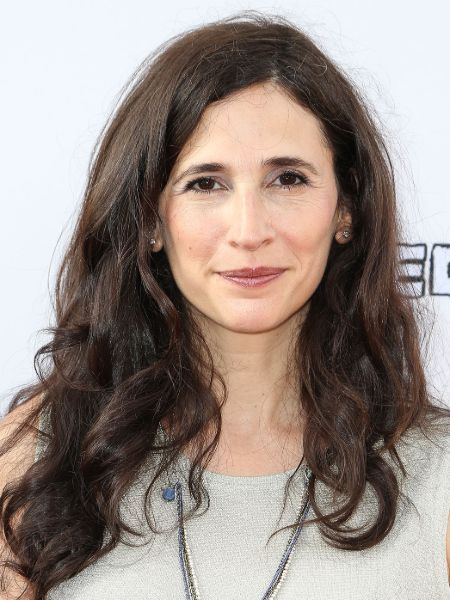 Michaela Watkins is an American actress and comedian. She was a performer on Saturday Night Live from 2008 to 2009, and has appeared in such movies as Wanderlust, Enough Said, and Sword of Trust; and TV series like Casual, Trophy Wife, Curb Your Enthusiasm, and The Unicorn.

How Old Is Michaela Watkins? What Is Her Height?

Michaela Watkins was born Michaela Suzanne Watkins on December 14, 1971, in Syracuse, New York, one of three daughters of mathematician Mark Watkins, a math professor at Syracuse University, and Myrna Watkins, a Latin teacher. Michaela is 49 years old at the time of this writing and stands at 5 feet 5½ inches (1.66 meters).

After her parents' divorce, Watkins, her two sisters, and their mother moved to Boston. Watkins attended  Wellesley High School in nearby Wellesley, Ma s sachusetts. She went on to graduate from Boston University's School For the Arts with a BFA degree in acting.

What is Michaela Watkins Known For?

Michael Watkins began her professional career as a theatre actress and improvisational comedian. While performing one of her stand-ups, she was discovered by Saturday Night Live and made her debut SNL debut in late 2008. She is most known for originating the role of Angie Tempura in the sketch comedy show. 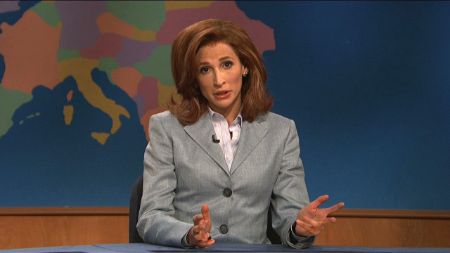 She was let go in 2009, after which she branched out to other TV shows like Charmed, Without a Trace, Medium, Grey's Anatomy, Malcolm in the Middle, Californication, Curb Your Enthusiasm, Private Practice, Enlightened, New Girl, Key & Peele, Modern Family, Anger Management, Trophy Wife, Drunk History, Marry Me, The Goldbergs, Veep, Speechless, Big Mouth, The Unicorn, and Search Party.

She has also appeared in such movies as The Back-up Plan, Wanderlust, Afternoon Delight, Person to Person, The House of Tomorrow, How to Be a Latin Lover, The House, Ibiza, Under the Eiffel Tower, Good Boys, and The Way Back.

Who Is Michaela Watkins' Husband? Does She Have Children? 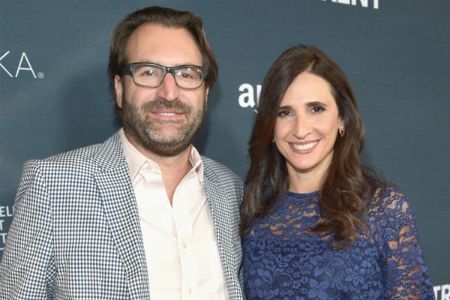 They do not have any children together.

How Much Is Michaela Watkins Worth in 2021?

According to celebritynetworth.com, Michaela Watkins has a net worth of $3 million. The former SNL performer has been seen in over 120 other films and TV shows including movies like Wanderlust, Enough Said, and Sword of Trust; and TV series like Casual, Trophy Wife, Curb Your Enthusiasm, and The Unicorn.