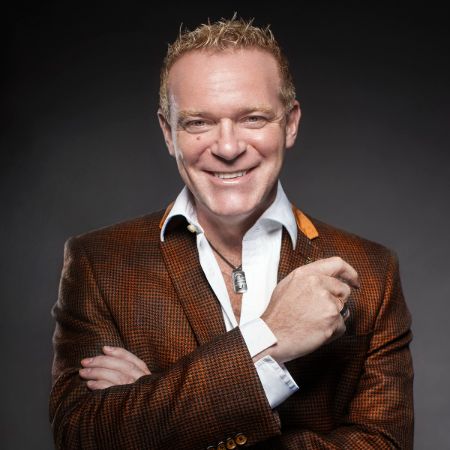 Michael Tobin is an English tech entrepreneur, author, speaker, and philanthropist. He is the former CEO of the data center company Telecity and the founder of Tobin Ventures Ltd.

How Old is Michael Tobin? Early Life and Childhood

Michael Tobin was born on January 16, 1964, in Bermondsey, London, England. The 56-year-old is one of four children born to his parents. His father was an abusive husband who absconded to Australia when Michael was 7 and his family moved to Zimbabwe, where they spent the next four years. His family moved back to England and settled in Stockwell, south London, and his mother remarried a concert pianist.

Tobin dropped out of school at 16 and started his professional career interning at Rockwell as an electronic engineer.

His career took off when he became the UK Technical Director at the French electric vehicle manufacturer. Goupil. When the-then CEO retired, Tobin was promoted to Managing Director when he was only 21. He spent the next decade-plus in France overseeing the company.

Tobin went on to have roles in companies like ICG, GlobalServe, Rockwell Corp, Tricord, ICL, Goupil, and Fujitsu. He joined Redbus Interhouse, firstly as a Sales and Marketing executive before being promoted to CEO in 2003. He spearheaded the merger between competitors Redbus and Telecity, forming the powerhouse TelecityGroup in 2006 and residing over its operations as the CEO. He led the company through many breakthroughs, including being the first data center operator to achieve the Carbon Trust Standard in 2010. 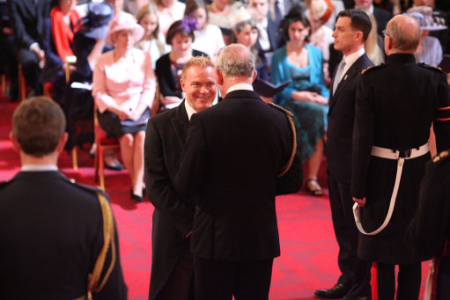 Michael Tobin being awarded an OBE for services to the UK digital economy SOURCE: michaeltobin.online

He left the company in 2014 after creative differences with other executives, leading to its liquidation and subsequent acquirement by Equinix in January 2016; but not before Tobin was awarded a Most Excellent Order of the British Empire (OBE) for his ‘Services to the Digital Economy'.

Tobin started his own tech company, Tobin Ventures Ltd., in 2015.

Michael Tobin is also known for his generosity. Speaking from experience, Tobin knows first-hand what it is like being bullied. Therefore, he works with anti-bullying charities like The Diana Awards. He also frequently works with the children's welfare charity, Action for Children.

Besides that, Tobin is also a speaker and an author who has released two books to date: 2014's Forget Strategy. Get Results: Radical Management Attitudes That Will Deliver Outstanding Success and 2018's Live Love Work Prosper: A Fresh Approach to Integrating Life and Work.

What is the Net Worth of Michael Tobin?

Michael Tobin is estimated to have a net worth of around $5 million. Tobin is a tech entrepreneur who has worked as an executive in such conglomerates as ICG, GlobalServe, Rockwell Corp, Tricord, ICL, Goupil, and Fujitsu. He was also the CEO of the data center company Telecity and currently operates Tobin Ventures Ltd.

Besides being an entrepreneur, Tobin is also an author with two books to his name, and a noted philanthropist, most notably involved with the children's welfare charity, Action for Children.

Is Michael Tobin Married? Does He Have Children?

Michael Tobin is married to his second wife, Shalina -- who is of Indian descent -- since 2012. 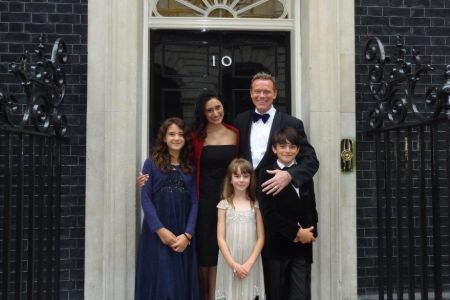 Michael Tobin with his wife and three children SOURCE: michaeltobin.online