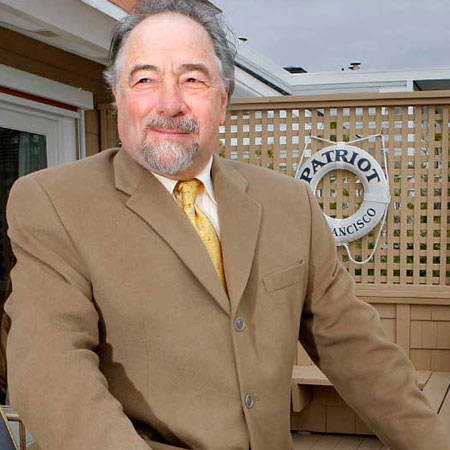 Michael Savage is a well-known figure in the radio fraternity. A radio-host, celebrated the author, political commentator, nutritionist and activist, Savage is best known for his former show The Savage Nation which aired on Talk Radio Network.

Michael Savage has been syndicated by Cumulus Media Networks since 2012. He holds master's degrees from the University of Hawaii in medical botany and medical anthropology, and a Ph.D. from the University of California, Berkeley in nutritional ethnomedicine. As Michael Weiner, he has written books on nutrition, herbal medicine, and homeopathy; as Michael Savage, he has written four political books that have reached The New York Times Best Seller list.

Savage was born as Michael Alan Weiner on 31st March 1942 on the Bronx, New York. He was one of the three children of father Benjamin and mother Rae and considers his childhood to have been a difficult one.

Michael’s education consisted of graduating from Jamaica High School after which he attended Queens College and graduated with a Bachelor’s Degree in Biology. He went on the graduate with a Bachelor’s degree in Botany from the University of Hawaii in Manoa in 1970 and Master of Arts in Anthropology from the same college.

From the University of California, Berkeley, he obtained his Ph.D. in 1978 in nutritional ethnomedicine. This versatile personality thus has a respectable education qualification.

Michael changed his last name to Savage after being highly inspired by Charles Savage, a 19th-century sailor who presumably was the first man to bring firearms to Fiji.

Michael was the host of the show The Savage Nation which aired on the Talk Radio Network and was the second most-listened-to radio talk show in the US in 2009.

He hosted the show from 2009 to 2012. Prior to obtaining his first show, Savage was a stone gatehouse keeper of the Hitchcock Cattle Company. Since 2009, Cumulus Media Networks has syndicated him.

Along with a radio host, Savage is an author who has written several books. His books, under his real name Michael Weiner, range from homeopathy to herbal medicine and nutrition. Four of the political books that he has written under his pseudonym Michael Savage have been New York Times Bestsellers.

His ideologies are considered by himself to be of conservative nationalism while critics think that he fosters hatred. Savage is a supporter of the English only movement and highly criticizes illegal immigration to the United States and the philosophies of progressivism and liberalism. For his provoking thoughts, he has been barred from entering the United Kingdom since 2009.

Michael Savage's Net Worth And Salary

Michael is a well-known and highly respected person with a net worth of $50 million at present. He has homes in Tiburon, Larkspur, California and Marin County and an apartment in San Francisco.

From a troubled childhood to having a huge net worth and fan following, Michael has surely worked hard to reach this point and shall always be respected for doing so.

Savage married Carol Ely on 1964. The relationship however ended in divorce. He met his current wife Janet and married her in 1967. They have two children; son Russell Weiner and daughter Rebeccas Lin Yops.

Their son founded the company that produces the energy drink Rockstar and Janet served as the CFO of the company until 2009. He and his family currently live in Fairfax, California.