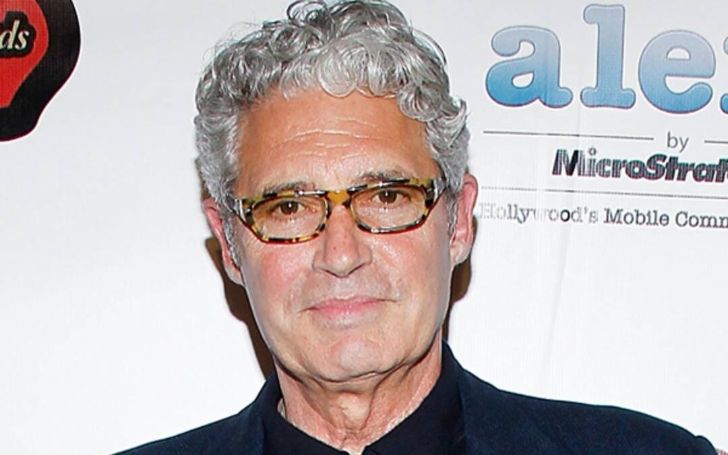 Michael Nouri is an American actor who has more than 130 acting credits from his longtime career since 1969. He is very famous for his appearance in  The O.C.,  Flashdance,  The Hidden, and  The Terminal.

Michael Nouri was born as Michael David Nouri on December 9, 1945, in Washington, District of Columbia, the USA to Gloria and Edmond Nouri. He is of American nationality while he belongs to mixed ethnicity. His father was an Iraqi immigrant who came to the USA on a Georgetown University scholarship.

When Michael was aged 14, he was transferred to an all-boys boarding school in Connecticut after getting into fights at school. Over there he became the student body president and later on, decided to be an actor after playing in a Gilbert and Sullivan play.

For his further education, he went to  Rollins College and Emerson College and during his college days, he worked as a waiter before he got his first role on Broadway in 1967.

The 74 years old Michael Nouri seems to be single as of now but previously, he has faced two unsuccessful marriages.

Firstly he was married to Lynn Goldsmith in 1976 after a year of dating relationship however, after two years of marriage, the pair separated. In 1986, he got married to Vicki Light however after 15 years of togetherness, the pair divorced in 2001.

Michael is a father of two daughters: Hannah and Jennifer. One of his wives was affected by Sclerosis and hence, he is an ambassador of the National Multiple Sclerosis Society.

Michael Nouri has a net worth of around $2.5 million as of 2020 from his career as an actor since the late 60s. As an actor, he might be getting paid more than the average salary which is $56,000.

While talking about his career in detail, he made his acting debut in yaers 1969 from his appearance in the movie named Goodbye, Columbus as Don Farber however he was uncredited for his role as per the IMDB. In the same year, he was seen in a movie named The Girl with the Fabulous Box.

Following this, he has worked in several movies and series such as Beacon Hill, The Curse of Dracula, Secrets of a Mother and Daughter,  The Greatest Adventure: Stories from the Bible, Rage of Angels: The Story Continues, Captain America, In the Arms of a Killer, Visions of Terror, Victor/Victoria, Style & Substance, Gideon's Crossing, Touched by an Angel, The Young and the Restless, Brothers & Sisters, NCIS: Naval Criminal Investigative Service, Yellowstone.

He is also all set to appear in the upcoming project named Street Justice as Capt. Bill Wallace.