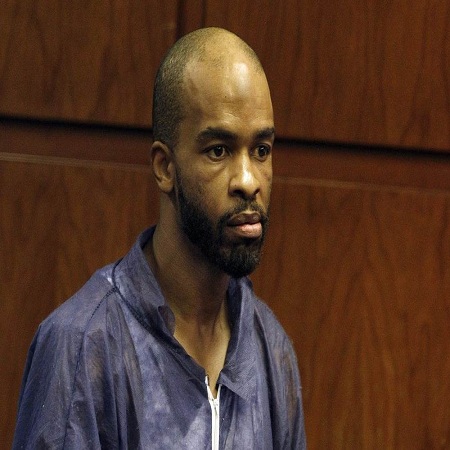 Michael Madison is an American serial Killer from the East Cleveland, Ohio who committed at least three murders. He is recently sentenced to death for killing the women.

Michael Madison was born on October 15, 1977, in the United States of America.  He belongs to white ethnicity and holds an American nationality.

Michael is the son of Diane Madison and John Baldwin born from an accidental pregnancy. His father denied that he was Madison's father and was not a part of their life.

Michael mother couldn’t raise her properly and later left Michael with his father. Later, his mother started taking drugs and even worked as a prostitute.

Michael Madison has been found guilty of killing at least three women. He was found convicted last month of murdering Shirrellda Terry (age 18), Shetisha Sheeley (age 28), and Angela Deskins (age 38). The victims were strangled and killed between October 2012 and July 2103.

Madison was arrested on July 19, 2013, for killing women whose body was found near his home in Cleveland in wrapped plastic bags. He was previously charged for having relation with the murder of 11 people by Anthony Sowell.

The serial killer was sentenced to death in 2016 after four years as Madison was required to undergo the psychological examinations.

Michael Madison had several relations but has not been known as he is negatively popular now. However, one of his ex-girlfriends came upfront in the court and revealed that convict has a problem with a female. She said:

He can't stand the female species.

Madison has two children from his girlfriend. She further told that he always hated woman and her and was even hesitant to watch his children as he would have to meet her.

Madison also revealed that he had a problem with his mother since his childhood and was the prime reason for his abnormal behavior. However, his ex, Brittney Darby told that Madison used to regularly contact his mother.

Madison had a relationship with several other women including Shawnte Mahone and was sleeping with her during the time of his arrest. Several other young girls also claimed to be his girlfriend while some of them revealed that he had threatened them during their relationship.