English actor and director Michael Jibson rose to prominence as Joe Casey in the Madness/Tim Firth musical Our House. Similarly, he is also popularly known for his work in The Lighthouse, Star Wars: The Last Jedi, Father Brown, and Honour.

Michael Jibson was born on 16th December 1980 in Kingston upon Hull, Humberside, England to Tim Jibson and Evelyn (now Evie Lewis). His father worked in local radio in Hull and his mother is a retired Receptionist. 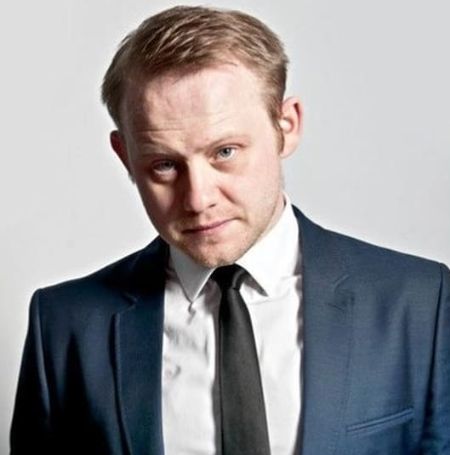 He holds English nationality and has White-Caucasian ethnic descent. Likewise, he grew up alongside his brother Paul Jibson who is also an actor/director and producer.

Jibson went and graduated from Hessle High School. He then enrolled at Guildford School of Acting and earned his Bachelor in Arts.

The 40-year-old began his acting career in a 2000 film titled English Goodbye. He then starred in several TV shows and hit movies as of 2021.

Though Jibson has not revealed his net worth, some sources estimated his fortune at around $1 million as of 2021.

The actor-director grabbed both public and media attention with his performance as Joe Casey in the Madness/Tim Firth musical Our House in 2003. He was also nominated for a Laurence Olivier Award for Best Actor in a Musical.

His other theatre work includes Brighton Rock, The Canterbury Tales, Take Flight, A Midsummer Night's Dream, and Timon of Athens.

The Lighthouse made his acting career debut in the 2000 film English Goodbye. He then starred in films and TV shows like Flyboys, The Bank Job, Lecture 21, Red Mist, and many more. 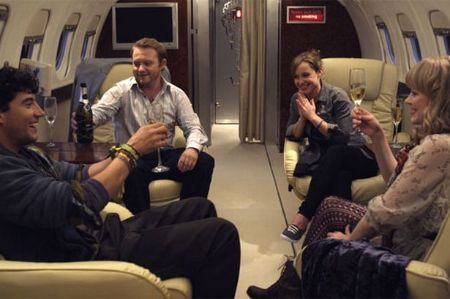 Similarly, he was praised for his performance as the English military officer Myles Standish on the National Geographic Channel mini-series Saints & Strangers. The show stars Ray Stevenson, Vincent Kartheiser, Barry Sloane, and concluded after the second episode.

He was cast as Tavern Keeper in the 2017 live-action fantasy film Beauty and the Beast starring Emma Watson as Belle, Dan Stevens as Beast, Luke Evans as Gaston, and Kevin Kline as Belle's father Maurice.

As of 2020, Jibson played Tecwen Whittock in Quiz and DS Stuart Reeves in the miniseries Honour.

Who Is Michael Married To?

The 1917 star is married to Welsh actress Caroline Sheen best known for her role of Mary Poppins in the National Tour of America.

The couple dated for a while and exchanged their wedding vows in 2008 in the presence of family and friends. The couple is blessed with a child whose identity is kept away from the limelight as of now. 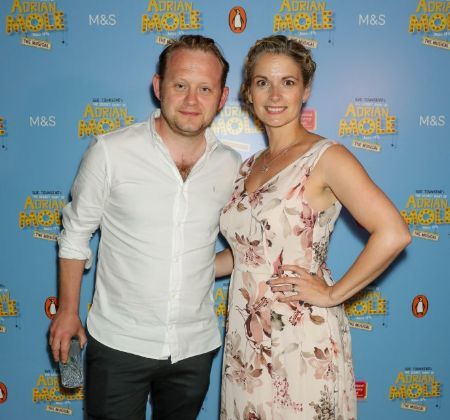 CAPTION: Michael and wife Caroline Sheen got married in 2008 and shares a child together SOURCE: Pinterest