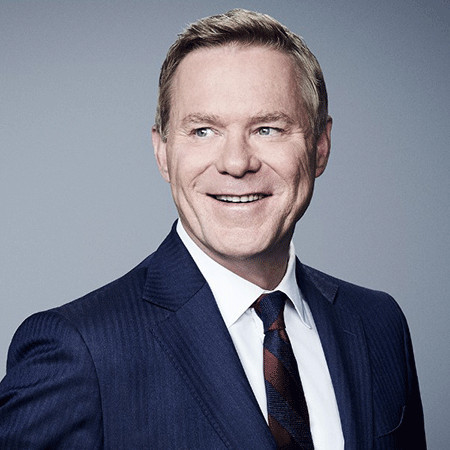 Award-winning anchor and correspondent for CNN International based in Australia, Michael Holmes is one of the experienced and courageous journalists in CNN network. He has nearly 4 decades of experience in journalism and has worked as a foreign correspondent in multiple countries irrespective to their peaceful stability. Michael has spent most of his career years in war and conflict zones. He is the anchor of CNNI’s CNN Today with Amara Walker.

Born on December 1960 in Australia, Michael Holmes was born and raised in Perth where he completed his education. He got his education from Perth High School and Wesley College. There is not much information revealed in his early life.

Michael Holmes' career started as a cub reporter with an afternoon newspaper in Perth called "Daily News" at the age of 17. Between the journeys from an afternoon newspaper to a reputed media-journalism house, CNN, Michael Holmes worked as a reporter for Australia’s Nine Network for more than a decade. He spent four years in London covering the stories on Northern Ireland, the fall of the Berlin Wall, the first Intifada, the first Gulf War and other stories. His report on miners’ uprising in 1990 Bucharest earned him an Australian Television Society Award.

Michael Holmes' journey in CNN started in 1996 from CNN International as the first Australian anchor for the CNN network. He has reported extensively from different parts of the world including Asia, Europe, Middle-East, countries like India, Nepal, Pakistan and Afghanistan.

Most of Michael Holmes' career years highlights on the coverage of world’s hotspots areas like the report on Ukraine, where Michael anchored live from Kiev on the riots and Crimean referendum; Libya, where he spent several weeks with Libyan rebels covering the at-times fierce fighting in several towns and cities, war in Iraq, trial and execution of Saddam Hussein and many more.

Michael Holmes survived an ambush on a two-vehicle CNN convoy where two of CNN staff members died and one wounded. Michael has seen violence and deadly incidents during dangerous times as he has covered exclusively the riots and conflicts. Besides, Michael has also interviews prime ministers and presidents of several nations.

Hard working and courageous journalist Michael Holmes’ salary and net worth is not disclosed but is a s sumed to be very high as per his works.

As for how his professional life is discussed, it is just opposite to Michael Holmes personal life. No any information is disclosed by any source whatsoever. It is not known whether he is married or divorced with his wife or is single by any means which has brought the curiosity on his sexuality as well. It was speculated if he is a gay. Everything relating to Michael Holmes personal life is in complete shade.