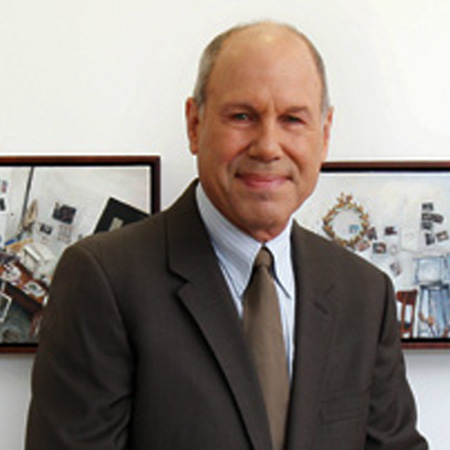 An American businessman and Television Academy Hall of Fame, Michael Eisner was the Chairman and CEO of the famous The Walt Disney Company from 1984 till 2005.  He also served as the President and CEO of Paramount Pictures from 1976 till 1984. Born as Michael Dammann Eisner on March 7, 1942, Michael is active in his profession since 1966.

Michael Eisner was born and raised in New York to his parents Margaret Dammann and Lester Eisner, Jr. He grew up in the Jewish family. His mother was the president of the Irvington Institute and his father worked for United States Department of Housing and Urban Development as a lawyer and regional administrator. His great-grandfather was the founder of the clothing company that first supplied clothing to the Boy Scouts of America. Michael Eisner has the mixed ethnicity. He has one sister named Margot Freedman.

Michael Eisner studied at Allen-Stevenson School through his 9th grade followed by The Lawrenceville School for the 10th grade and senior years. He is a graduate of Denison University earning B.A. in English in 1964. He is a member of the Delta Upsilon fraternity.

Career with The Walt Disney

In 1984, Michael Eisner made his move to Walt Disney from Paramount Pictures. After the death of the founder of Walt Disney, the company was poorly serving with several takeover attempts. It was its shareholders Sid Bass and Roy E. Disney, who brought Michael Eisner on board as the CEO and Chairman of the company.

Beginning with the movies ‘Who framed Roger Rabbit’ in 1988 and ‘The Little Mermaid’ in 1989 gave the series of the commercial and critical success of the company. Despite the commercial success, the management within the company could not healthy for the long term that gave birth to ‘save Disney’ campaign. On 2005, Michael Eisner decided to step out as CEO, a year early than his contract expiration. The news hit headlines on most of the newspapers and TV and radio stations.

After quitting Walt Disney, Michael Eisner began to appear as a guest on many different shows and established an investment firm in 2007 called ‘The Tornante Company’ which later partnered with Madison Dearborn Partners.

Career prior to The Walt Disney

Michael Eisner worked at NBC, CBS, and ABC prior to working at Paramount Pictures. He served as an Assistant to the National Programming Director eventually with the promotion of becoming the vice president in charge of programming and development in ABC.

In 1976, Michael Eisner moved to Paramount Pictures to become the chairman of Paramount Pictures but later became the president and CEO of the movie studio. It was during his tenure the box office hit movies including the star trek franchise, Grease, Footloose, Beverly Cops and many others were produced.

Michael Eisner is married to Jane Breckenridge since 1967. They have spent blissful years of their marriage. The couple is blessed with three children named Breck Eisner, Eric Eisner and Anders Eisner. All of his children are grown up and are engaged in their profession.

Michael and his wife Jane have become grandparents as well. They have led a successful marital life. Besides Jane, there is no any known past affairs/girlfriends of Michael.

Michael Eisner is a billionaire. His estimated net worth is $1 billion as of 2008 and it is sure to have increased more than this till this time. He is subjected to the salary of $750,000 per year with the exemption of the bonuses and shares growth.