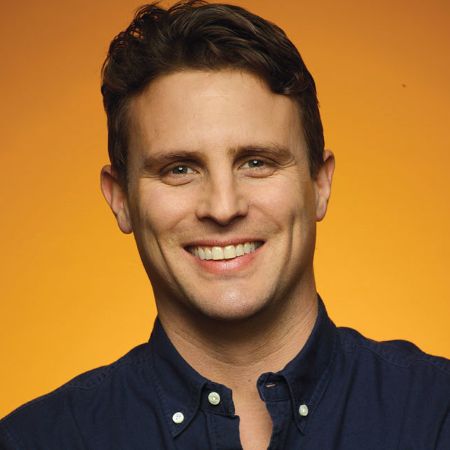 Michael Dubin is an American YouTuber turned-entrepreneur known as the co-founder of the razor company, Dollar Shave Club. The company delivers male grooming kits via a subscription-based business model. At the time of the selling of the company in July 2016, it was reportedly worth $1 billion.

Michael Worked For NBC, MSNBC, And Time Inc. Before Starting His Own Company

Michael, in his early forties, is a graduate of Emory College in Atlanta, Georgia. After graduation, Michael moved to New York and spent his time working as a news writer and producer for such broadcasting giants as NBC and later, MSNBC.

After two years, Dubin found his calling in digital media and marketing. He worked in marketing for Time Inc., creating content for such brands as Nike, Gatorade, and Nintendo. He also created YouTube video advertisements for Ford, Capital One, and Gillette.

Michael went from working for other enterprises to starting his own venture when the idea of an affordable razor blade supplier came up in 2010. He and his future business partner, Mark Levine, came up with the idea at a dinner party. Levine, who was a manufacturer, was familiar with a supplier of cheap razor blades, and Dubin, who was an established branding and marketing expert, decided to start a subscription-based razor blade company, and Dollar Shave Club was born. 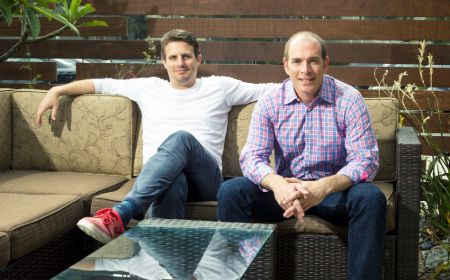 After meeting with the suppliers, Dubin invested his life savings in building the website. Customers could subscribe to the website at $1 a month, and every month, their razor blade package would be delivered to their doorsteps.

The website launched in July 2011. After a brilliant promotional video for his brand, called “Our Blades Are F***ing Great,” was posted on YouTube in March of 2012, his company’s subscription skyrocketed.

The promo video on YouTube, currently at 26 million views, incorporated humor and sarcasm to market their cheap product against the expensive staples of the shaving blade industry, such as Gillette. Michael, who starred in the video, became an overnight sensation for his well-placed humor and sarcastic charisma.

As of now, the company is acquired by Unilever, which they bought on July 19, 2016. At the time it was sold, the company worthed $1 billion.

Michael Is A Multi-Millionaire

As of 2019, Michael’s net worth is estimated to be about $200 million. Michael currently resides in Venice, California, where he owns a palatial estate, expected to be worth around $4 million. He recently redesigned and refurbished the estate with the help of the interior designer, James Tabb. 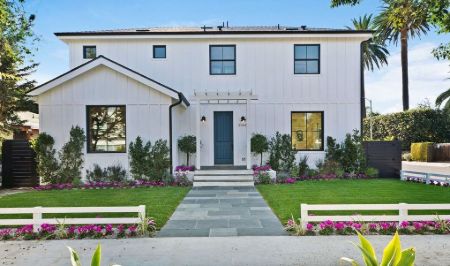 Michael went on from starting Dollar Shave Club at $45k to being the CEO of the billion-dollar enterprise.

Dollar Shave Club, based in Venice, California, went on from being a pa s sion project to an industry juggernaut, providing a cheap alternative to products such as Gillette and Schick. Most of its influx of subscribers can be attributed to the viral marketing video, “Our Blades Are F***ing Great.”

After the video went viral on social media, orders came in at the thousands, and the company's website crashed in the first hour due to the ma s sive influx of traffic.

Within a year, the company garnered over 200,000 new subscribers and grew to employ more than 30 employees. The company went on from selling only razor blades to supplying additional grooming products like wet wipes, shave butter, and moisturizer.

His company received financial backing of over $9.8 million from the Silicon Valley-based venture capital firm, Venrock, with an additional $1 million in seed funding. The company was also funded by firms such as Kleiner Perkins Caufield & Byers, Andreessen Horowitz, Shasta Ventures, among others.

By 2015, the company started supplying hair care products as well. The customer-base was also expanded from simply catering to an all-male clientele to a reported 20% female clients.

When the company was sold to Unilever in July 2016, it reportedly worth $1 billion.

Michael Keeps Himself Away From The Public Eyes

It is quite surprising that someone with such charisma and a flair for the theatrical remains a relative mystery in real life. He is not on Instagram, and since he relinquished his position in Dollar Shave Club, he has not been seen much of. As per the sources, Michael is single at the time.