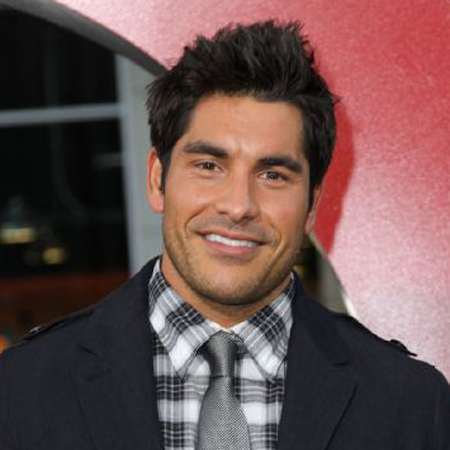 Michael Catherwood, American radio personality, was born as Michael Dwight Catherwood on March 15, 1979, in Los Angeles, California, US. He is best known as Psycho Mike and for his prior works at Kevin and Bean on KROQ-FM and mainly his current job as the co-host of Loveline. Catherwood, who has a sister named Tracy, witnessed unpleasant teenage years having problems with drinking alcohol from a young age. Nationality is American and ethnically white.

Michael Catherwood started his career in radio by working for Kevin and Bean show as the assistant producer and also stars in numerous parody commercial songs as well as appeared man-on-the-street segments frequently. He is also a certified personal bodybuilding trainer and educator about nutrition and exercise in various shows.

Michael Catherwood, is also a good vocal impersonator and impersonate many famous bodies, including Manny Ramirez, Adam Carolla, Spencer Pratt, Anthony Kiedis, Antonio Villaraigosa, Gene Simmons, Kevin Federline, Tom DeLonge and Lamar Odom as well as his invention character 'Rudy' and made up another many character which he used impersonate.

Michael Catherwood's career with Loveline started when he was hired on March 21, 2010, and served as a permanent co-host of the show alongside physician host Dr. Drew Pinsky. To educate and aware the youth of substance abuse, Catherwood frequently mentioned his experience of being a drug addict. Later, along with his fellow co-host Dr. Drew launched a new program called Dr. Drew Midday Live with Mike Catherwood in January 2015. During the show on Loveline on March 16, 2016, Catherwood said that he will leave the show at the end of the Month.

On 21 March 2011,Michael Catherwood was cast in Dancing With The Stars, which was previously announced for his appearance on February 28, 2011, during the segment of The Bachelor, Dancing With The Stars. Although he is an athlete he had no dance experience in his past years and partnered with Lacey Schwimmer, a professional dancer.

Michael Catherwood had also made an appearance on the season six of The Bad Girls Club and host for the American Chopper, a live Bike building competition show 'The Build-Off' alongside Jesse James, Paul Teytul Jr. and Paul Teutul Sr. The show broadcast Discovery Channel from December 6, 2011. Catherwood took part in Fox's dating show The Choice on 2012. In the fall of 2014, he was named the host of Chain Reaction, a game show of GSN. He also made a guest appearance on Undateable.

On 16, December 2012, Catherwood married actress Bianca Kajlich. He first met his wife on the episode of Loveline and welcomed their first daughter on 2014. So far, his net worth and salary are not yet disclosed by any source while his wife's net worth is $3 million.