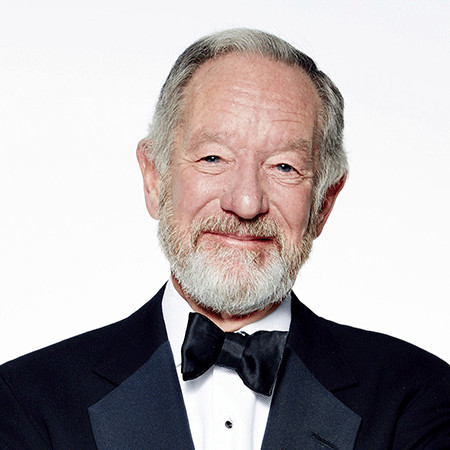 One of the distinguished BBC personalities, Michael Buerk is a veteran journalist whose career in BBC News spanned for more than 30 years. British journalist Michael Duncan Buerk was born on 18th February 1946. He served in BBC Radio 4’s The Moral Maze since 1990 till his retirement. His reporting on Ethiopian famine on October 1984 inspired many people for the charity support leaving many in tears.

Michael Buerk was born in Solihull, Warwickshire. He is a British citizen. He attended Solihull School where he represented the school in sports and was a member of combined cadet force.Michael wanted to be in an Army and even applied for Royal Air Force but he failed the eyesight test and his dream got dashed. He worked as a hod carrier for a very short time. Other than this, information on his parents, siblings and his early childhood are available in any media.

Michael Buerk started his career in journalism joining at Bromsgrove Messenger. Prior to working as a reporter for BBC News, he also worked for South Wales Echo and the Daily Mail. Michael Burke was appointed as the correspondent in South Africa reporting on the years of apartheid in South Africa where he showed the uncompromising reports on the brutalities of the regime. This made the South African government expel Michael from the country where he stayed from 1983 to 1987.

He became the anchor for the BBC Nine O’clock News and BBC News at Ten. He also hosted BBC Radio 4’s The Moral Maze since 1990 till his retirement in 2002. Besides, Michael Buerk is also involved in other programs out of BBC Network. He became a narrator for Sky 1 reality show Pineapple Dance Studios, co-presented ITV’s Britain’s Secret Treasures, participated in the 14th series of I’m a celebrity..Get Me Out of Here!

Even though, Michael Buerk is retired; he makes his guest appearances in different shows and is involved in charity work as well. He is a supporter of British Red Cross. Michael’s actual salary is not known however from various sources it is revealed that Michael’s estimated net worth is $3 million.

Michael Buerk is a married man. He married his wife Christine Buerk in 1968. The couple has two children, twins Ronald and Simon, and both their children are journalists. One of their sons Ronald Buerk is a former BBC journalist who survived the South Asian Tsunami. The family is living happily together in Guilford, Surrey.

It is said that Michael Buerk is imitated by Jon Culshaw on Dead Ringers. A Newsical titled “Buerk!” is a comedy musical based on Michael Buerk’s life and career which debuted in London at the Network Theatre in 2013.

Michael Buerk is a receiver of Golden Nymph Award for his reports on Ethiopian famine. He is the first news reporter on BBC News in the 2000s making the bulletin at 0100 GMT. He was awarded an Honorary Degree (MA) by the University of Bath in 1991 and honorary “Doctor of the University” degree by Surrey University.