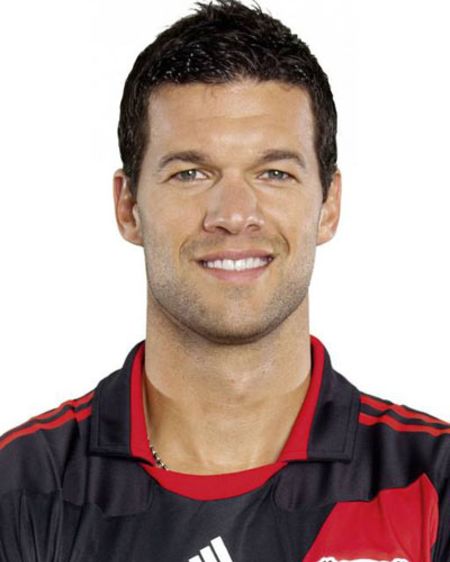 Michael Ballack is a retired German professional football player who has played internationally as part of such clubs like Bayern Munich and Chelsea and represented his country during the FIFA World Cup tournaments in 2002 and 2006.

How Old is Michael Ballack? His Age and Height

Michael Ballack was born on September 26, 1976, in Görlitz, East Germany, the only son of an engineer and Division-3 footballer, Stephan Ballack, and secretary/swimmer, Karin Ballack. He is 43 years old as of August 2020 and is billed as standing at 6 feet 2 inches (1.89 meters).

Ballack grew up in Chemnitz, where he began taking an interest in football.

Following in his father's footsteps, Ballack started training in football when he was 7. He joined the youth football federation FC Karl-Marx-Stadt (now, Chemnitzer FC) in 1990, earning his first professional contract in 1995. He played for the club for two years before signing with FC Kaiserslautern in 1997 right around the time it was registered with Germany's top football division, Bundesliga.

He had 16 showings with the club during which time the club won the first club to win the Bundesliga title in its first season. He joined Bayer Leverkusen in 1999 and started gaining national exposure. He joined the German national football team that same year. He won his first German Footballer of the Year award while signed to the club in 2002. He would go on to win the distinctions two more times, in 2003 and 2005.

He represented Germany at the FIFA World Cups in 2002 and scored the definitive goals in the quarter-finals and the semi-finals that led to Germany making it into the finals. He was appointed the captain of the national team in 2004 and he led the German team to the semi-finals of the 2006 FIFA World Cup. 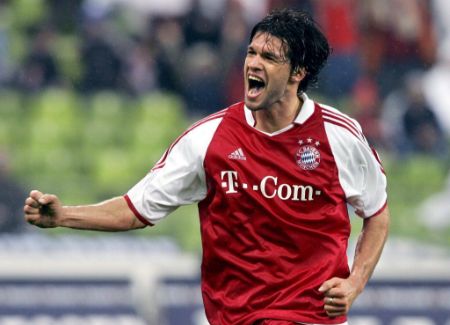 Later that year, Ballack signed with Bayern Munich for a reported €12.9 million ($15.2 million) and scored a total of 58 goals between 2004 to 2006. He joined the Premier League club, Chelsea FC, in 2006 and was instrumental in the team making it into their first-ever Champions League final in 2007.

A dominant mid-fielder, Ballack is one of the most prolific goal-scorers in the history of the German national football team with a career total of 42. Ballack retired from active competition on October 2, 2012.

Besides his aggressive presence on the field, Ballack was also a football analyst for ESPN during the 2012 and 2016 UEFA European Football Championships and the 2014 FIFA World Cup.

Is a Father of Three Children

Michael Ballack is father to three children with his now-ex-wife Simone Lambe. Lambe had been a longtime girlfriend of Ballack before they tied the knot on July 14, 2008. 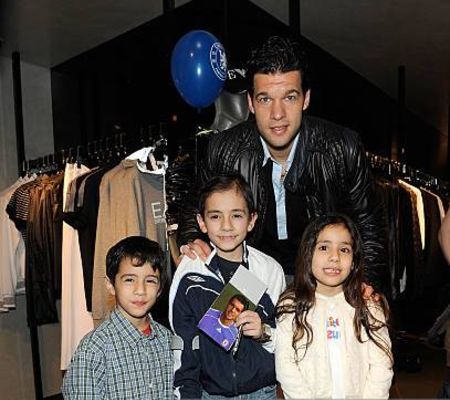 Their first child, Louis was born in 2001, followed by Emilio born in 2002, and Jordi born in 2005. The couple parted ways in 2012 amidst infidelity rumors on the part of Ballack.

Ballack was linked with Lebanese model Natacha Tannous from 2015 to 2019.

Has a Net Worth of $30 Million

As of August 2020, Michael Ballack is reported to have a net worth of $30 million. His wealth comes from his career as a footballer. One of the highest-scoring footballers in German football history, Ballack has been named the UEFA Club Midfielder of the Year in 2002, and the German Footballer of the Year in 2002, 2003, and 2005. He has played for clubs like Bayern Munich and Chelsea and represented his country at the  FIFA World Cup tournaments in 2002 and 2006.