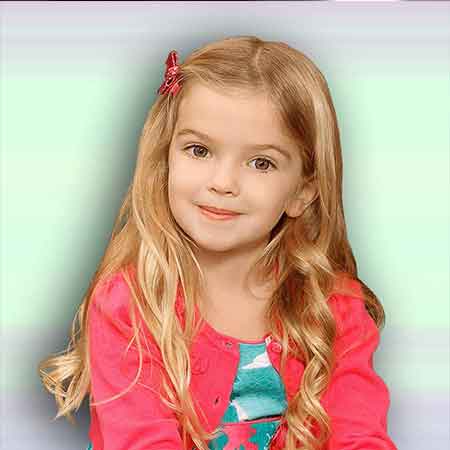 Mia Talerico when filming the first season of the hit series Good Luck Charlie in 2009 she was just 11 months of age. So it would be no lie to say that Talerico was born a star. She spent all her life in the limelight and mark herself as a next Hollywood star. As of 2018, she joined the cast of the Brat Series Mani. Besides this, she is listed as one of the richest child actresses.

Mia Talerico was born on September 17, 2008, in Santa Barbara, California, the USA to Chris Talerico and Claire Talerico. She has a younger sister named Aubrey Talerico. Her zodiac sign is Virgo.

She was not even one year old when her parents encouraged to secure her career in the acting field.

#tbt when you go through the GLC family album. We really need to make more episodes

Regarding her education, Mia is in the fourth grade in school.

Talerico's acting career started on titular Disney’s TV series, Good Luck Charlie where she starred as Charlotte Charlie Duncan along the side of  Bridgit Mendler. She was just 11 months of age when she first started her career. In the series, she played the role of Jason Dolley’s adorable infant sister.

She also starred in the 2011 film Good Luck Charlie, It’s Christmas! As of 2018, She joined the cast of the Brat series Mani. and she will soon be seen alongside Dominique Swain in Photographic Memory, a short movie which is produced to spread awareness of ADHD.

Mia Talerico's Net Worth And Earnings

Beautiful and talented child actor, Mia Talerico has earned a handful amount of money from her acting career. According to the sources, the net worth of Talerico is estimated at $1 million and is one of the richest child actresses.

The adorable Mia Talerico as of 2018, is at the age of nine. She, however, is way mature than her age. Currently, she is busy with both her studies and upcoming projects.

Besides, she spends her leisure with her family going on vacations and trips.

In a 2010 interview, the Disney executive Gary Marsh admitted that casting Talerico was the biggest risk and challenge for the show. He also said,

"It's like flying without a net. She may have a bad day and we can't shoot and it'll cost us tens of thousands of dollars. But so far, so good. She's the most obedient actor I've ever worked with. My own daughter, who's 4 now, would never perform this well in front of a camera,"

The teen actress is quite popular on Instagram where she has more than 1 million followers as of 2019.