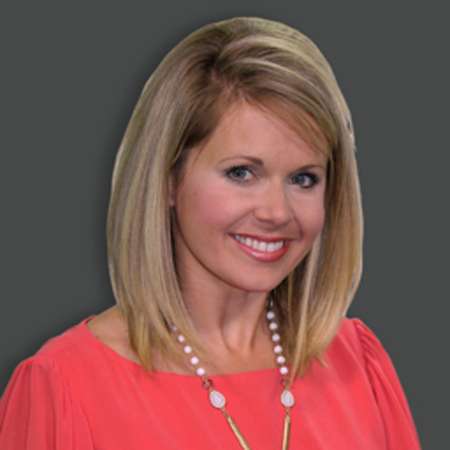 Merry Matthews is an American meteorologist currently working for the WeatherNation TV network in Denver, Colorado, US. She is an excellent weather forecaster and contributes to educating the public on weather and impacts of our doings on the weather. One of her most memorable moments in weather reporting was her reporting the tornadoes in the southeast on April 27, 2011, and warning the public of future major and minor outbreaks. Her nationality is American and ethnicity is white.

Matthews joined the University of Georgia in 2003 and graduated in 2007. After graduation, she immediately applied and got the internship in Meteorology in CNN.  She worked there as in intern for 5 months and in September 2010, she worked as a Branch Leader and also looked after outside sales in Premier Surfaces. In November 2011, a year and quarter later, she quit her job in Premier Surfaces and joined the WAAY-TV as a meteorologist.

During her time in WAAY-TV, she went to various places to cover the weather condition. She also presented a forecast for future weather conditions. Her job there lasted for 2 years and 7 months. In May 2014, she quit the job and joined WeatherNation as a meteorologist in Denver, Colorado. Apart from meteorology, she has skills in Broadcast Television, Broadcast Journalism, ENPS, video editing, and non-linear editing.

Her personal life is extremely disclosed and she hardly shares information regarding her family, events in her life, relationships, affairs, etc. Although she does use social media, she makes sure her private life remains out of it. It is however known that she is married and has a son. By nature, she is a very inquisitive person and has an intense yearning to know how stuff works and do what they do.

She also believes in spirituality and believes that there is a real and present correlation between science and spirituality. She finds atmospheric science pretty fascinating. She defines what we call “weather” as ever-present homeostatic tendencies of earth’s atmosphere.

Outside of her career, she loves to be outdoors with her husband to fish and camp. Apart from her parents, her biggest inspiration and influence in life is Joyce Meyer. Before discovering her, Matthews was always looking to improve her spiritual maturity. After hearing from Joyce Meyers, she began taking the world more positively and taking obstacles in her life optimistically.

Merry believes that science has a lot more to do in real life and desires to educate people on weather related topics. She also wants there to be more research in every field so answers can be found with proof. She has an active social life and huge fans and followers on Facebook and Twitter.

Her most memorable weather experience was the historic outbreak of violent, long-tracked tornadoes in the southeast on April 27, 2011. The tornado had killed 324 people throughout 6 states. She had to report it as well as forecast upcoming major and minor tornadoes. One weird fact about her is that she dislikes brushing her teeth even if she does it twice a day.