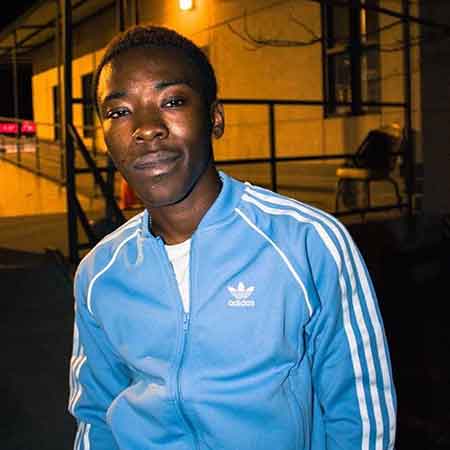 Merlyn Wood has gained widespread popularity being the pivotal part of the acclaimed independent hip-hop crew BROCKHAMPTON. His popularity received further attention after he released his solo tracks like Fye, Lazy Wood, and Culdesac. The boyband released its first mixtape All-American Trash in 2016 and their first studio album Saturation, on June 9, 2017, followed by Saturation II on August 25 and Saturation III on December 15.  On March 30, 2018, Brockhampton signed a contract under the label RCA Records.

Merlyn Wood was born on 1st May 1996, in Texas, United States of America. He was raised in the state of Texas along with his parents and other family members. He is an American as per his nationality and as far as his ethnicity is concerned, the rapper is an Afro-American.

Wood's parents sent him to a boarding school in Ghana when he was in 7th grade. There, he studied for two years and graduated from there along with  Kevin, Ameer, and other members. After that, he went on to study at The Woodlands High School, in a suburb on the northern side of the greater Houston area.

Merlyn then enrolled at the University of Texas to study architecture but he dropped out after his professor told him some words of discouragement. Shortly after that, he made his way to California with the rest of BROCKHAMPTON.

Merlyn Wood is the original member of the acclaimed independent hip-hop crew BROCKHAMPTON, founded in the year 2015 based in California. They released their first mixtape All-American Trash in 2016. On June 9, 2017, the group released its debut album under the title Saturation followed by Saturation II on August 25 and Saturation III on December 15 respectively.

It was also announced on March 30, 2018, that the group signed a record contract under the label RCA Record. They released the fourth studio album Iridescence on September 21, 2018.

Merlyn Wood has earned a decent amount of net worth from his illustrious career. Becoming a member of the popular boyband BROCKHAMPTON, the American rapper gained huge popularity. As per some online sources, his net worth is believed to be around $0.5 million.

Wood also has a considerable fan following on his Instagram account with over 269k followers. It is another major source of income of the artist.

Merlyn Wood is not married and is also not in a relationship with anyone publically. He has kept everything about his dating and love life away from the mainstream. As of now, the 23-year-old rapper seems utterly focused on his flourishing career rather than anything other.

Wood as of 2019 lives in Los Angeles, California and is often seen spending his spare time with the other members in the area of Los Angeles.