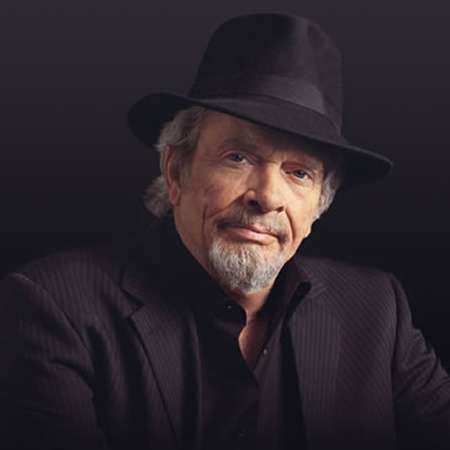 Merle Haggard was an American singer, guitarist, songwriter, and fiddler. Originally, he was a troubled youngster who served time in San Quentin prison but later grew to become a country music legend. In his entire Life, he had 38 number one hits and 250 original songs. Merle Haggard remains one of the best-known and most covered artists in country music history.

Merle Haggard was born on 6 April 1937 near Bakersfield, California.  His parents James Franco Haggard and Flossie Mae moved to California from their home in Oklahoma, Checotah. Merle was raised in Depression-era in California and lived a very poor childhood life. Their life got even more difficult when his father died and his mother was forced to find work leaving her young son in the care of family members.

Merle Haggard was developed into a rebellious teen, compiling a criminal record that included such offenses as pa s sing phony checks, truancy, and grand theft auto. He also nurtured his musical talent that he had which was inherited from his father, who was a fiddle player and guitarist before starting his family.

At the age of 20, Merle Haggard was sent to prison after being convicted of burglary. While serving a two and half year term, he began playing in the prison’s country band and also took high school equivalency courses.

Merle Haggar traveled to Los Vegas after gaining a loyal local following in his hometown and began playing ba s s guitar for Wynn Stewart. In 1962, he signed a contract with a small label called 'Tally Records' and recorded five songs. The album also included his debut single ‘Sing a Sad Song’, which reached number 19 on the country charts. Likewise, in 1965, Merle formed his own backing band and released an album named ’Swinging Doors’.

In 1969, Merle Haggard released his most controversial recording ‘Okie from Muskogee’. The song became an anthem for Middle Americans whose traditional values and patriotism were under attack from Vietnam War protestors and hippies.

Merle Haggard has released about 70 albums and 600 songs, among which 250 of them were written by himself. Some of his most memorable albums were ‘Someday We’ll Look Back’, ‘If We Make It Through December’, ‘The  Fightin’ Side of Me’ and ‘A Working Man Can’t Get Nowhere Today’. Along with these, in 1982, he recorded a duet album with George Jones named ‘A Taste of Yesterday’s Wine’ which was a chart topper.

In 1994, Merle Haggard‘s wealth of artistic achievements earned him an induction into the Country Music of Fame. In 1977, he was elected to the songwriters’ Hall of Fame.

Merle Haggard married five times and Leona Hobbs was her first wife. They had four children together. Marty, Dana, Kelli, and Noel were their children. The couple separated in 1964. Shortly, after divorcing Hobbs, he married popular singer Bonnie Owens in 1965. It was Bonnie who was responsible for giving Merle a big break for his country music career. However, the couple divorced in 1978 but remained close friends as she continued as his backing vocalist until her death in 2006.

Merle Haggard married Leona Williams in 1978 and divorced in 1983. His fourth marriage was conducted with Debbie Parret in 1985 and they divorced in 1991. Again on September 11, 1993, he married Theresa Ann Lane.

In 2008, Merle Haggard was diagnosed with lung cancer and went through a surgery to remove the tumor. Following a speedy recovery, he returned to touring and writing songs. Merle died at home on 6 April 2016 in his Northern California Ranch. He spent 11 days trying to recover from his illness and it became very difficult for him. He, reportedly, told his family and friends that he would die on his birthday.

During his long career, Merle Haggard received several awards from the Country Music Associations, Academy of Country Music, and National Academy of Recording Arts and Sciences. Similarly, he also received a Grammy Lifetime Achievement Award in 2006 and was also honored as BMI icon at the 54th annual Pop Awards that same year. He was also awarded the honorary degree of Doctor of Fine Arts from the California State University, Bakersfield in June 2013. His net worth was estimated to be around $20 million.