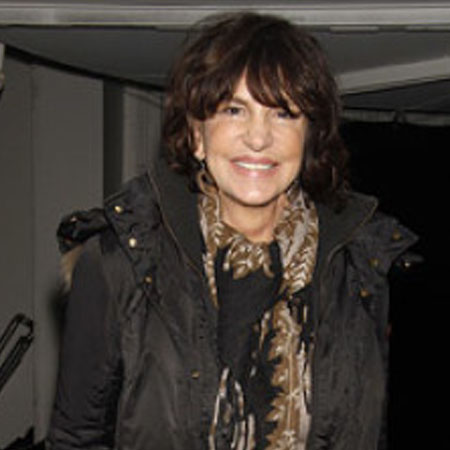 Mercedes Ruehl is an American actress. She won the Tony Award for her performance in Lost in Yonkers in 1991. The next year, Ruehl also won the Academy Award in The Fisher King for Best Supporting Actress.

Mercedes Ruehl was born as Mercedes J. Ruehl on February 28, 1948, in Jackson Heights, Queens, New York, United States. She is the daughter of Vincent Ruehl and Mercedes J. Ruehl. Her father was an FBI agent, and her mother was a former school teacher.

Ruehl mother was a Cuban and Irish ancestry where her father was a German and Irish decent. She belongs to mixed ethnicity and holds an American nationality. She was put on the operas in her backyard when she was a little girl.

Ruehl grew up with her brother Peter Ruehl in Catholic. Her brother was an American newspaper columnist.

Ruehl joined the College of New Rochelle and graduated with BA in English in 1969. She also learned acting with the legendary Uta Hagen.

Mercedes Ruehl began her acting career performing in a regional theater with the Denver Center Theatre Company. In the year 1971, she made a debut in the film called Dona Flor and Her Two Husbands as an American girl in a casino.

In 1979, Ruehl appeared in the American action thriller film The Warriors as Policewoman in Central Park. Later she appeared in several movies, television series and Theater programs including Married to the Mob, Crazy People, The Cosby Show, Our Family Honor, Other People's Money and much more.

In 1988, Ruehl portrayed in the Comedy film called Married to the Mob as Connie Russo and earned the National Society of Film Critics Award for Best Supporting Actress.

In the year 1991, Ruehl appeared in the Comedy-drama Film The Fisher King as Anne Napolitano where she won the Academy Award for Best Supporting Actress.

Mercedes Ruehl married David Geiser during 1970s. Her husband, David is an artist and painter. The couple had a son born who they offered to an adaptation family in 1976.

Ruehl and her husband later adopted a son named Jake born in 1995. She later tracked down her child and knew his name to be Christopher with the help of a private investigator. Ruehl met her son 21 years later in Boston Hotel room.

Christopher was so eager to meet his real parents since when he knew the fact and even revealed in an interview that he would love to meet his birth mom anytime, anywhere, any day.

Mercedes Ruehl lost her brother, Peter Ruehl on April 11, 2011, in Sydney, Australia. He died unexpectedly at the age of 64 at his Clovelly home.

Though the Academy Award winner actress Mercedes Ruehl is one of the most inspiring women in Hollywood, the information regarding her net worth and salary is still unaddressed by the star.

We can still assume how much she may earn looking at her successful acting career. The Fisher King actress Ruehl has surely earned a good amount of money which able her to live a celebrity life.