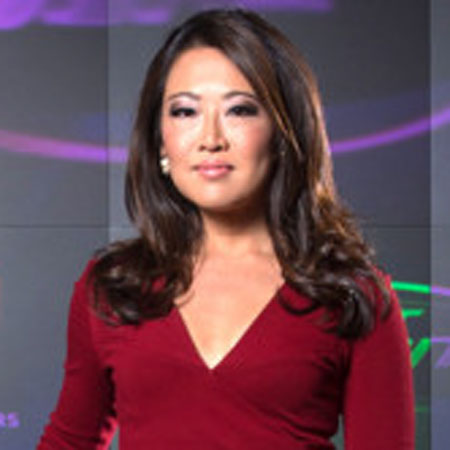 Melissa Lee is a New York-based reporter and news anchor for CNBC News. She is a fill-in anchor of the CNBC program Closing Bell. In 1995, she graduated from Harvard University and began her journalism career.

She has hosted five CNBC doc u mentaries including Made in China: The People’s Republic of Profit, Coca-Cola: The Real Story Behind the Real Thing.

Melissa Lee was born on November 4, 1979, in Great Neck, New York, U.S.A, under the birth sign Scorpio. Lee’s ancestry is Chinese but her grandfather immigrated to the United States with his whole family and hence she was born and brought up in America.

Her father graduated from Columbia University and when he did he moved to New York. The New York’s news anchor Kaity Tong was Lee’s inspiration to become a reporter. Being born in an intellectual businessman family she always had focused on education.

Her father was an intellect and a Columbia University graduate. Although she has a lot of traits from her father she disclosed that her childhood inspiration had been Kaity Tong, a New York news anchor. Lee has Bachelors of Arts degree with honors from Harvard College in 1995.

Professionally Lee started her career working as a reporter for her hometown newspaper, the Great Neck Record. Besides, she also did her part as Assistant Managing Editor in the Harvard Crimson. Lee was also a consultant at Mercer Management Consulting focusing on the cases on banking and credit card sectors. Her television career consists of working for Bloomberg Television and CNN Financial News.

She joined CNBC IN 2004. She now works as a news anchor and a reporter. She has been hosting Closing Bell as a substitute for Maria Bartiromo when she is unavailable since 2009e She hosted Options Actions and currently she hosts CNBC’s 5 pm ET daily show “Fast Money” and Money in Motion: Currency Trading. All of her recent shows are one of the popular shows in CNBC and these shows have risen her career to a new level.

The CNBC journalist has been nominated for the Emmy Awards twice till date in Business News. Her report on The $50M con became quite popular which was about a college student who turned out to be a scammer and ran a fake hedge fund. In 2003, she got herself nominated for reporting on the proxy voting of mutual funds.

The CNBC journalist Melissa is Chinese American and her ethnicity is Asian. She also works with big media like CNN and CNBC, she has created her wealth status as a millionaire. Melissa is around 5’8’’ tall and around 51 kg. She is 39 years old until the end of 2013.

She is a news journalist and whenever she appears in the media she is always seen in a very formal dress. But she is well-known for her sexy legs. She is always concerned in her dress and feels comfortable to wear a dress where she can expose her slender legs.

She has not yet disclosed her net worth or her annual salary but she is paid very well and as she lives single she definitely owns enough to live a decent and happy life She is a very talented, charming lady journalist with sound knowledge in finance and is very good at anchoring as well.

She is seen in CNBC every day. She owns a magnetic personality and her co-worker and her boss are very happy with her work to date. With her level of dedication and talent, she seems to have a pretty good future ahead.

She also has a lot of fans following. It might be due to her magnetic presentation and a beautiful face. Her fans can find her on Twitter. Talking about her married life. She has kept her personal stuff behind the media.

The never-married journalist Melissa has not disclosed any dating records to date. She often says that she is happy being single as it’s something where she can be herself. She doesn’t have any biological children of her not has thought of adopting any.