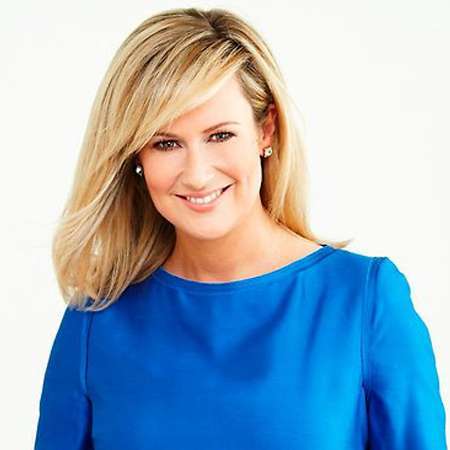 Melissa Jane Doyle is an Australian television personality, author, and presenter. She was born on 10th February 1970 and spent her childhood in Sydney, New South Wales. Currently, Doyle presents Seven News Sydney on Friday, Saturdays and Sunday nights. Previously, she was co-host of the Seven Network's breakfast television program Sunrise alongside David Koch from 2002 to 2013. She is an achieved and honored journalist with over 25 years of experience. Melissa is one of the best-known and trusted voices and faces in Australian media.

Melissa went to Charles Sturt University in Bathurst, graduating with a degree in Broadcast Journalism. In 1990, Melissa started her vocation as a TV news correspondent and climate moderator at WIN TV Canberra. After three years she moved to the Prime Television newsroom in Canberra as a general correspondent and newsreader. In 1995, Melissa joined Seven's Canberra department at Parliament House as a political correspondent, before moving to the Sydney newsroom as a general reporter.

Melissa turned out to be a part of the Sunrise group in 1997 and co-facilitated Australia's most loved breakfast program until August 2013. All through her journalistic profession and as host of Sunrise, Melissa has covered probably the most huge news events of late times including the Beaconsfield mine catastrophe, the Royal Wedding of Prince William and Catherine Middleton, Olympic Games in Sydney, Athens and Beijing, the Queen's Diamond Jubilee, the Queensland surges, Black Saturday Bushfires and different government and state decisions.

Heading towards her personal life she married to John on November 11, 1995. Their affair started after they met on a blind date. It was a love at first sight for them. The couple has two beautiful children daughter named Natalia Grace in 2003 and son named Nicholas on 2001. Melissa and her spouse are very happy together so there is no question of divorce. She is a marvellous journalist.

Since re-joining the Seven Newsgroup as moderator of Seven's Afternoon News, Melissa has been approached as live anchor for the network's moving coverage when news breaks, and has covered significant news occasions including the arrival of Australian Schapelle Corby from jail in Indonesia, the National day of Mourning for the casualties of the Malaysia Airlines Flight MH17 catastrophe, the introduction of the Royal Baby and, most as of late, the Lindt Café Siege in Sydney's Martin Place and Centenary of ANZAC recognitions in Gallipoli.

In the 2016 Australia Day Honors List Melissa was made a Member of the Order of Australia  for her "critical support of the group through representational parts with a scope of charitable groups, and to the show media." She is not only a journalist but also a writer. She releases her first book "The Working Mothers Survival Guide" in October 2007. It sold over 10000 copies in the first run and in 2014 she publish her second book "Alphabet Soup". She is very hard working employee but her net worth is not revealed. Melissa is a devoted spouse and pleased mother of Nicholas and Talia, an effective journalist and radio broadcaster.