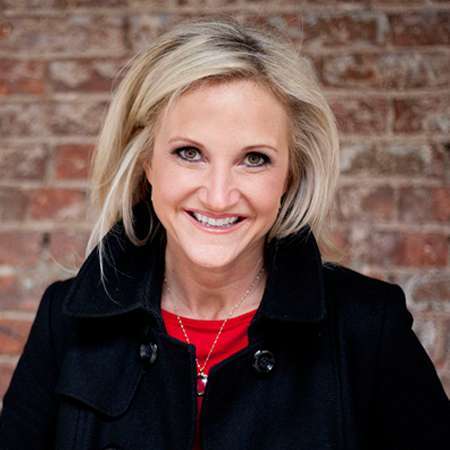 Mel Robbins is one of the versatile personalities who is a well-known TV host, author, as well as a motivational speaker. She gained widespread fame after she covered the George Zimmerman trial for CNN. Her TED talk, How to Stop Screwing Yourself Over also brought her further fame.

Mel Robbins was born on October 6, 1968, and she is 47 years of age by now. Her birthplace is the United States and she was raised in North Muskegon, Michigan, the United States along with her family and parents. Her nationality is American and belongs to the white ethnicity. There is no update regarding Robbins's siblings.

Mel Robbins attended Dartmouth College in 1986 and she completed a study in the college in 1990, Later in 1994, she joined Boston College Law School and she earned a law degree.

At the starting of her career, Mel Robbins practiced law and worked in New York City. Later she developed her career as a business and life coach for several executive clients and companies. Mel Robbins's major work as a coach includes Johnson & Johnson and Dunkin' Donuts. In 2011, Robbins published her first book entitle Stop Saying You're Fine, which was a commercially very successful book that year. Later she was featured in the TEDxSF talk entitled F--- YOU - How To Stop Screwing Yourself Over "which has over two million views.

Before joining CNN, Robbins had two companies which she sold later, she also hosted the show The Mel Robbins Show, Someone's Gotta Go, and Robbins was contributing editor to Success Magazine. Currently, Robbins is a legal analyst for CNN where she regularly appears across the network's programming. And for her work, she was awarded Gracie Award in 2014 in the category of Outstanding News Talk Show Host - News, Non-fiction.

Mel Robbins has presented herself as one of America's top motivational speakers and she has a charming personality too. Robbins's current relational status is married and her sexual orientation is straight.

Mel Robbins has collected a large amount of money from her journalism career which as per estimation made by various online sources can be believed to be around $1 million, as of 2019. As a TV host, her salary is over $55,593 a year.

The host has also authored a number of books like The 5 Second Rule, Stop Saying You're Fine: Discover a More Powerful You, and more.

Robbins has also been running her self-titled YouTube channel since 2015 and it has ama s sed over 540.3 K subscribers as of 2019. It also plays a vital role to boost up her net worth.

Mel Robbins had the affair with Christopher Robbins and later she married her boyfriend in 1996 in a private ceremony. Christopher is from Belmont and had Ma s sachusetts-based restaurant chain Stone Hearth Pizza Co.

They have been married for 20 years. Talking about her children, she reported in 2007 that she had three children along with her husband. Mel Robbins currently lives with her three children and husband in Sherborn, Ma s sachusetts, United States. Mel is also famous for her several quotes including in her books and she enjoys reading the book, traveling to new places, and listening to music.