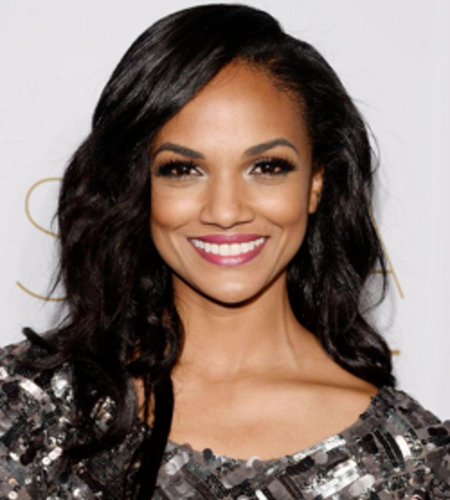 Mekia Cox is an American actress, dancer, and singer most known for playing Amanda Warner in the ABC mystery anthology series Secret and Lies, Dr. Robin Charles in the NBC medical drama series Chicago Med, and Princess Tiana in the ABC fantasy series Once Upon a Time.

How Old is Mekia Cox? What is her Height?

Cox lived the first seven years of her life in Saint Croix before immigrating to Orlando, Florida with her family. A performer since she was a child, Cox graduated from Dr. Phillips High School in Florida, cla s s of 1999. She went on to enroll in the Musical Theater program at Florida State University, graduating in 2003 with a Bachelor's of Music degree.

Mekia Cox made her on-screen debut as a child actor in the mid-'90s in Nickelodeon children's shows like My Brother and Me, All That, and Kenan and Kel.

She temporarily took a hiatus to focus on her studies and subsequently worked with the Heritage Repertory Theater in Charlottesville, Virginia.

She re-debuted as an adult in 2005 and had a slew of guest appearances in such TV series as CSI: NY,  Half & Half, and One Tree Hill. 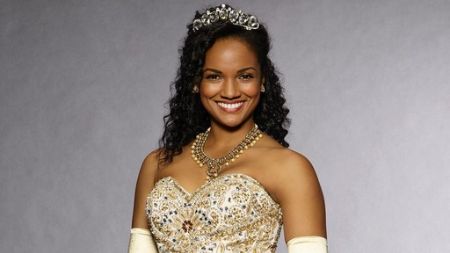 Mekia Cox as Princess Tiana in ABC's Once Upon A Time SOURCE: ABC.com

She is most known for playing Amanda Warner in the ABC mystery anthology series Secret and Lies, Dr. Robin Charles in the NBC medical drama series Chicago Med, and Princess Tiana in the ABC fantasy series Once Upon a Time.

Since 2019, she has starred as Detective Nyla Harper in the ABC police procedural drama series The Rookie.

On the big screens, Cox has had notable roles in movies like I Kissed a Vampire, Crazy, Stupid, Love., Battlefield America, and The Squeeze.

Cox has also been dancing since she was two. As a dancer, her career highlight was being able to tour with Michael Jackson during the filming of his "This Is It" concert series and the eponymous 2009 film.

Mother of a Daughter with Husband, Britt Leach

At the time of this writing, Mekia Cox is married to her partner, Britt Leach. They tied the knot on April 28, 2018, and have been together ever since. 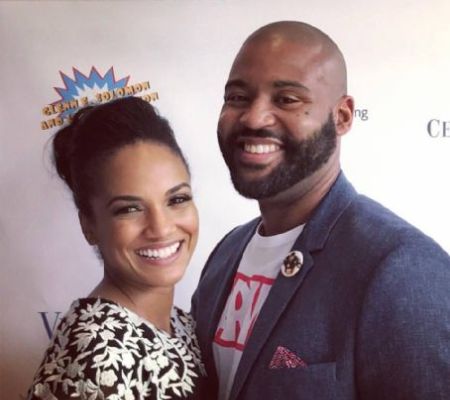 In December 2018, Cox welcomed her first child with Leach, a daughter.

Mekia Cox is believed to have a net worth of around $1 million, according to reports by some online sources. A triple threat, Cox is an actress, singer, and dancer. She has also been a professional for over 15 years. Thus, her wealth primarily comes from her TV and movie appearances, along with several other revenue sources like social media presence, media appearances, and brand endorsements.