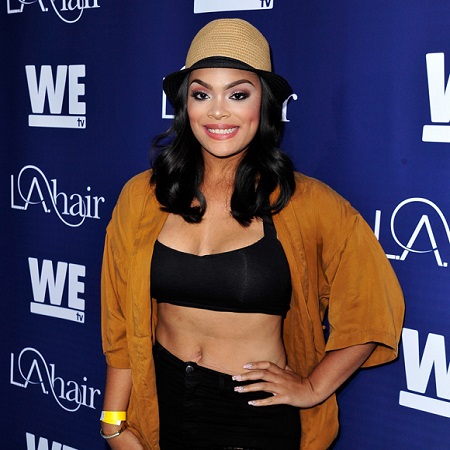 Meghan James is an American actress and TV star best known for starring on the ninth season of the Oxygen channel hit reality television series, Bad Girls Club. She is also known by her on-screen nickname of The Texas Temptation.

Meghan James was born on February 11, 1990, in Houston, Texas, the United States of America, to African-American parents.

She was raised in Texas City, Texas, along with her six younger siblings. She is of American nationality and belongs to Afro-American ethnicity.

When your little brother is bigger than you !! #familyphoto

As for her education, Meghan has attended the University of Houston from where she has completed her graduation.

Meghan James was interested in the entertainment industry since her childhood and her dream to become a television star came true after the Oxygen channel announced her as one of the cast members of season 9 of its popular show Bad Girls Club.

She joined the show in July 2012, alongside Christina Salgado, Rima Mellal, Julie Ofcharsky, Erika Jordan, Zuly Ramos, Falen Ghirmai and Andrea Jones, who was the winner of the show.

Prior to her appearance on Bad Girls Club, Meghan was one of the finalists on the MTV hit reality show, 50 Cent: The Money and the Power.

Being a successful television personality, Meghan James earns a decent amount of money from her TV career. According to the Celebrity Net Worth website, the Bad Girls Club star has an estimated net worth of $400 thousand.

James' salary is still under review. However, online records show that an actor or TV star in the United States earns $50,000 per year on average.

A winner on the Oxygen channel show gets a winning prize of $100 thousand. She also earns money by endorsing various types of brands and products.

Moving towards the personal life of Meghan James, the actress seems to be single right now. However, she was previously in a relationship with a former NBA player, Kedrick Brown.

She confirmed that she was dating the basketball player during an appearance on the season four of the VH1 show, Basketball Wives LA in 2015. The romance between the boyfriend-girlfriend duo didn't last long and they called it quits.

James was previously also surrounded by relationship rumors with Kim Kardashian's brother Rob Kardashian. However, in June 2017, Rob took to Twitter and shut down the rumors.