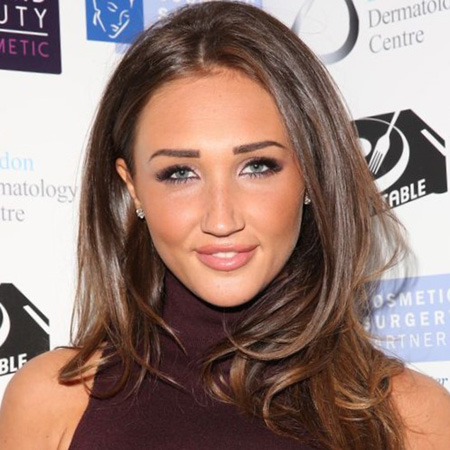 The artistic television personality was born on September 26, 1992, in Essex, England. She holds an English nationality and belongs to Caucasian ethnicity. From her early childhood days, she was interested in singing as therefore later she pursued a career as a singer.

Megan first rose to fame when she appeared in the reality show named Ex on the Beach aired on MTV. Then she went on to be a housemate in the seventeenth series of the Celebrity Big Brother. She also appeared on the reality television series entitled The Only Way Is Essex.

Megan is also famous for reaching the semi-finals of the third series of Britain’s Got Talent in 2009. In 2016, she became the fourth housemate to be evicted where she received the least amount of votes. Furthermore, to pursue her singing career, she auditioned for The X Factor.

In 2017, Megan launched her restaurant in Woodford Green. The restaurant was named as MCK Grill. She is all set to star in her own show named There’s something about Megan that will be aired on ITVBe.

The young artist is in a relationship with Pete Wicks. But the relation split off as Megan found her boyfriend, Pete was busy doing sex chats with other girls. They had a bitter misunderstanding and Megan explained that she doesn't want to create any drama regarding their breakups.

Megan was interested in writing a song about their relationship but after their breakup, she went back to her worst life phase in her life. After being separated for several months, the couple finally paired up and are living happily together now. Before dating Pete, she dated Scott Timlin, Jordan Davies, Stephen Bear and Rogan O’Connor.

Megan earns a good amount of money from her professional career and is living a luxurious life. Her current net worth is reported to be around $3 million.