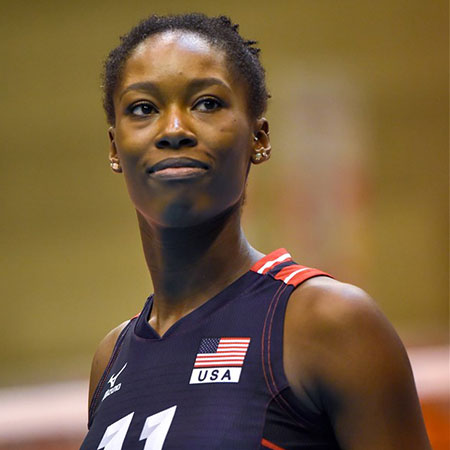 Megan Hodge is an American volleyball player who is a silver medalist at the 2012 Summer Olympics and she also won gold in 2010 FIVB World Grand Prix. She along with her teammates won two bronze at the Pan American Cup.

Hodge was born in the Virgin Islands on 15th October 1988 to father Michael Hodge, and mother Carmen Hodge. She belongs to American nationality and belongs to the African-American ethnicity. Megan moved to Durham, North Carolina at the age of 3 with her family and grew up there where she also completed her education.

Hodge went to Riverside High School where she started playing volleyball and later started a career as a professional volleyball player. Further, she has been considered one of the best female volleyball players in the history of North Carolina.

Hodge became interested in volleyball from an early age and began playing from the age of 12. She was the two-times Pac-6 Player of the Year and a four-time Pac-6 conference selection before she made her debut in the US national volleyball team.

In 2004, Hodge was voted the Most Valuable Player and the Best Attacker at the NORCECA Championships in Puerto Rico.

Her Penn State career includes the famous winning kill in the 2007 NCAA Championship over Standford, the championship kill against Texas in 2009. Besides, she was named the NCAA National Championship Most Outstanding Player in 2007 and 2008 consecutively. 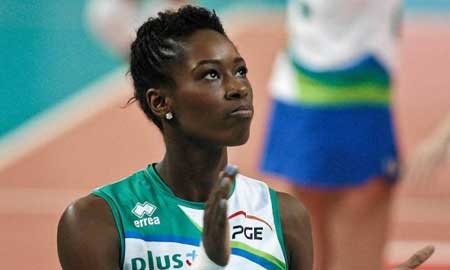 Megan made a Big Ten history in the then-23 year history of the award by becoming the first freshman to be named Player of the Year. She also became the third true freshman in seven years to be named a First Team All-American.

In 2007 NCAA Tournament, Hodge led Penn State to their first NCAA final four appearances since 1999, their last NCAA title. She was a Honda Sports Award nominee and was also named a First Team All-American for the second time.

During her senior year, Hodge's 560 kills led the Penn State Nittany Lions to an NCAA Championship. Under her leadership, Penn State won the championship once again in 2009. She is the first ever player to be named a First Team All-American for the fourth time in a row. Besides, she was also named the Big Ten Player of the Year for the second time in 2009.

In 2010, Hodge joined Carnaghi Villa Cortese that plays in Italian Serie A1. During her stay, she played at the 2013 Club World Championship winning the bronze.

In 2012, Megan played with the US national team in the Grand Prix, winning the gold medal where she also won the Most Valuable Player and Best Scorer awards. She also won the Best Spiker Award in the Pan-American Cup.

In 2012, Hodge represented the United Nations in the Summer Olympic where the US national team won the silver medal. Later, she also competed in the Pan-American Cup where she was awarded the Best Spiker award as well as her team won the gold medal.

She also played for the Azerbaijani volleyball club and the Chinese club Guangdong Everdrande.

Here is a video of Megan Hodge's game highlights.

Megan Hodge's Earning And Net Worth

Hodge has been making a decent amount of money from her career. She has not disclosed her salary however, sources estimated her net worth to be in thousands or million. The average salary of an American player ranges from $73,090 dollar to $145,246 dollar.

Megan Hodge has been one of the greatest female volleyball player of all time in the USA. She has won numerous awards and recognition for her skills in Volleyball. She also won Olympic silver from the US national team, so we can speculate Hodge gets an exquisite salary for her career.

Megan Hodge is a beautiful 31-year-old player who has been married to Omar Easy who was drafted by the Kansas City Chiefs since 2012. The couple is rarely seen together in public. They are blessed with a son, Easton, who is six years old as of 2019. We hope Hodge will open more about her personal life and her relationship with her husband soon.