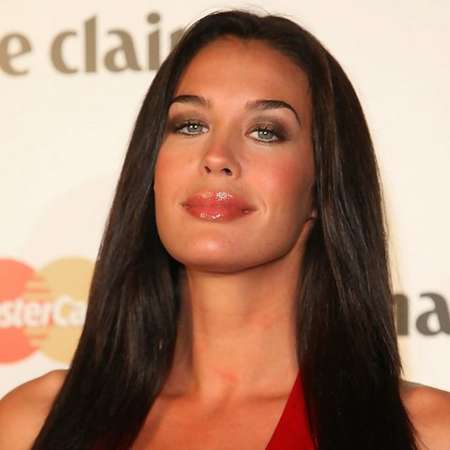 Megan Kate Gale is a fashion designer, actress, model and a brand amba s sador of Australian nationality who is known best for being the first official National Amba s sador for the Red Cross and for being cast for several advertisements for several campaigns. She was born on 7th August, 1975 on Perth, Western Australia. She is of English descent from her father and of Maori descent from her mother.

Megan was interested into the fields of acting since the age of 18 as she won modeling competitions which pushed her into the field. She started modeling and rose to prominence after the Italian telecommunication company Omnitel showcased her on a series of commercials. She has appeared since on the covers of Marie Claire, Gioia, GQ, Maxim as well as In Style.

Apart from modeling, this pretty beauty has also appeared on several Italian movies like Bodyguards, Stregata Dalla Luna and for Hollywood movies like stealth, I Love You Too, Mad Max: Fury Road etc. She has also endeavored to enter the field of fashion designing and has launched a swimwear label called Isola on 2010. She has also appeared on several television roles and has established herself in the career of acting too. She was a guest reporter the travel show Getaway of the Nine Network. The Australian doc u mentary show What a Year also saw her as a co-host. She has also been featured in the Cycle 4 of Australia’s Next Top Model. Gale is the National Amba s sador of the Kids Help Line since February 2005 and became the host of the show Project Runway Australia on 2011.

As far as her personal life is concerned, her relationships and other details about her personal life have been covered widely by the tabloids since she has risen to fame. She was previously in a relationship with Andy Lee. The relationship reportedly did not go along very well and the couple split. From January 2011, Gale began an affair with Shaun Hampson. Her boyfriend is the footballer of the Richmond AFL. The relationship was widely covered when it started and her pregnancy which was reported at 2013 was also covered widely by the tabloids. The couple’s first son River Alan Thomas Hampson was born on 13th May, 2014. The couple is doing pretty well together and there have not been issues between them as far as tabloids are concerned. The couple however does not seem to be in a hurry to get engaged and will not be marrying anytime soon as far as the news obtained about them can be considered. She has never been speculated be a lesbian or a bi-sexual up until now.

Gale has acc u mulated a net worth of a whopping 10 million dollars owing to her several modeling and other endeavors. Her actual salary however is not known.