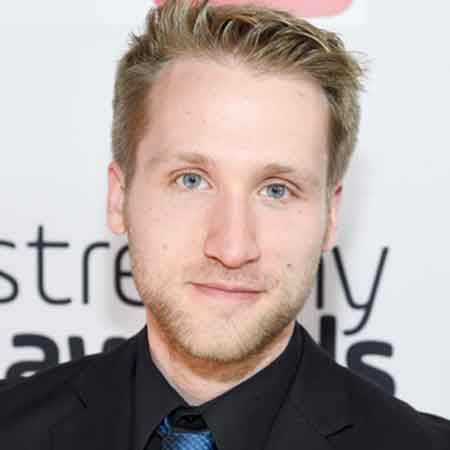 The YouTuber and former Viner Jesse Tyler Ridgway better known as McJuggerNuggets rose to fame by making exciting and crazy videos and has millions of fan following on his social media accounts. He is best known for his YouTube series Psycho Series in which two brothers are seen fighting each other while dealing with their psychotic father.

Early Life And Education Of McJuggerNuggets

Jesse Taylor Ridgway, better known by his YouTube name McJuggerNuggets was born on 29 September 1992 in New Jersey, New York City. His birth sign is Libra according to which his personality is cooperative, diplomatic, and social. His father is Jeffrey Ridgway Sr. and his mother is Theresa Abraham-Ridgway.

McJuggerNuggets grew up with his older brother Jeffrey Ridgway Jr. who is also a YouTuber. He attended Rowan University, New Jersey and graduated with a degree in Radio/TV/Film in the year 2014.

McJuggerNuggets was interested in acting from his childhood days. However, later he changed his mind and tried to do something different. Since he was interested in horror movies, he started making short horror videos during his school days.

He began his online career when he joined the YouTube on 9th December 2006. He became popular in a short period of time with a decent fan following. As of August 2018, his channel has over 3.6 million subscribers with incredible views of more than 1.597 billion.

The YouTuber became even more popular when he started making a series of videos named 'Psycho Series'. He along with his dad and brother appeared on the series. His dad also has his own YouTube channel named Psycho Dad. The series has 50 episodes.

The popular star also workes in several miniseries, such as Crisis, My Virtual Escape, The Game, Rule 19 and others. His series and miniseries are loved by his fans and followers.

Apart from his crazy YouTube videos, he is equally popular for his gaming videos. He is also the creator of RiDGiD STUDiOS.

The YouTuber has uploaded over 1,594 videos. Some of his videos feature popular YouTubers like RackaRacka and Pickleboy.

McJuggerNuggets is one of the successful American YouTubers. He has accumulated a decent net worth from his flourishing YouTube career of over a decade. According to multiple sources, his estimated net worth is more than $1 million.

The YouTube star McJuggerNuggets is dating Juliette Reilly from September 2013. His girlfriend is a singer and a songwriter and also a YouTuber. Reilly also has her own YouTube channel under her name. The two have collaborated on several YouTube videos.

As of 2018, the couple is leading a blissful love affair. Despite the highs and lows in their relationship, they never gave up on one another. Back in 2015, the pair was rumored to be separated, but the two didn't end their relationship, rather they became inseparable. The lovebirds are yet to be married.

Apart from his love life, he has a sound relationship with his father and brother. The star is also involved in charitable organizations.

Here is an interview with McJuggerNuggets where he is seen talking about his Psycho Series-Psycho Family.