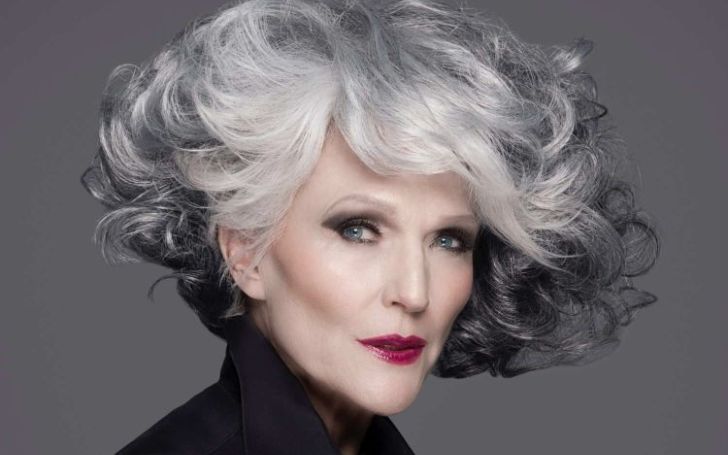 Maye Musk Haldeman, also professionally known as Maye Musk is a Canadian-South African model and dietitian. With a professional career of fifty years, she appeared on the cover of many editorials including Time. In addition, she made history by becoming the oldest spokesmodel for CoverGirl at the age of 69.

The gorgeous model was born on April 19, 1948, in Regina, Saskatchewan, Canada. She was born to a chiropractor and amateur archaeologist, Dr. Joshua Norman Haldeman and Winnifred Josephine “Wyn”. She has four siblings and one of them being her twin. 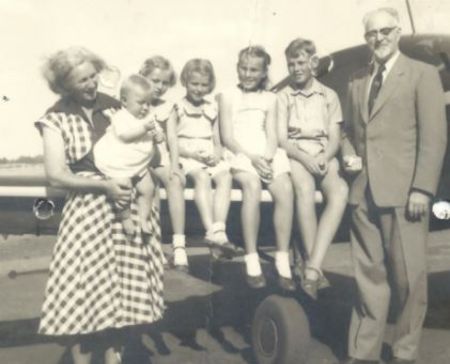 CAPTION: Maye Musk with her parents and siblings SOURCE: Forbes

Musk belongs to Canadian nationality and white ethnicity. Her birth sign is Aries. Shortly after her birth, the family moved to South Africa in 1950. Her parents were adventurous and roam across the world on a plane in 1952. Over ten years, her family toured all over the Kalahari Desert in search of the famous Lost City of the Kalahari.

As for academic qualification, Maye is the post-graduate of the University of the Orange Free State with a degree in dietetics in South Africa. Later, she received a Master’s degree in nutritional science from the University of Toronto in Toronto, Ontario.

The gorgeous model Maye Musk is possibly single as of 2020. At an old age, she spends her time with her children and grandchildren. Without the presence of soulmates, she appears to be happy with her family.

Maye was previously married to South African engineer Errol Musk in 1970. The couple first met when they were in high school and started dating.

Musk gave birth to the eldest child Elon Musk on June 28, 1971, in Pretoria, South Africa. Her second child Kimbal Musk was born on September 20, 1972. After two years, the happiness of the family doubled when the pair welcomed their youngest child Tosca Musk in 1974. 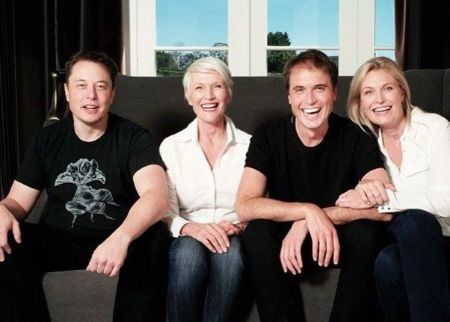 However, the relationship between the couple got worse, and so they decided to divorce in 1979. Since then, they lived separately.

In addition, she has a pet, a white Bolognese dog breed. Even at an old age, she is focused on modeling and maintains a schedule for her family and work.

The net worth of the gorgeous model is currently unknown while her eldest son, Elon Musk has accumulated a huge net worth of $20.6 billion as of 2019. Elon Musk is a technology businessman, engineer, and inventor. He is the founder of SpaceX, CEO of Tesla, Inc.

Similarly, her second son has collected a wealth of $3 billion as of 2019 through many business ventures. While her daughter Tosca Musk has a decent net worth of $2 million. As the mother of billionaires and millionaire, she lives a lavish lifestyle.

Maye started her professional career as a model and was one of the finalists in the 1969 Miss South Africa beauty competition. She continued modeling in South Africa. After her oldest son, Elon moved to Canada for higher studies, she moved there along with her other children.

The gorgeous model continued her modeling journey in the United States and Canada. She appeared in many commercials including, Special K cereal, Revlon, and so on.

Furthermore, Musk played on the ad campaign for Virgin America and Target. In 2015, she signed a contract with IMG Models and two years later, became the spokesmodel for CoverGirl at the age of 69.

Moreover, she is a famous dietitian and has a business related to it, and give a presentation around worldwide.